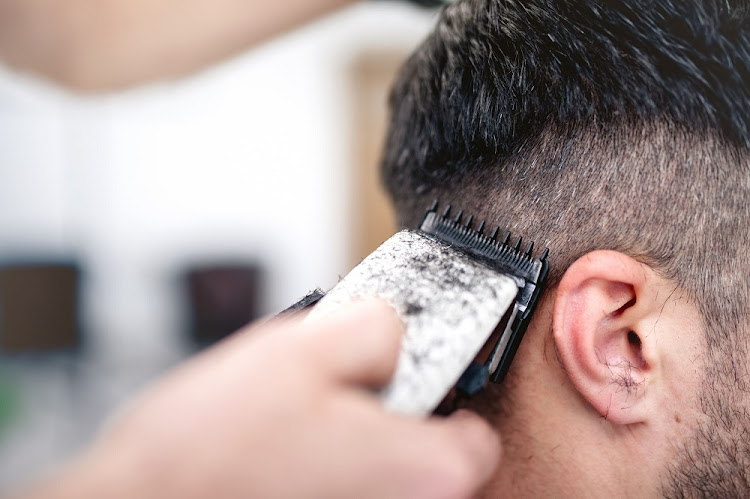 Generic image of a man getting a haircut.
Image: 123RF/Bogdan Mircea Hoda

Some hair salons and barber shops in Johannesburg CBD have invested in steriliser machines to clean their clippers‚ with a few customers preferring to supply their own machines for a hair cut.

This was revealed to the publication after research by the University of Cape Town claimed 40% of the clippers used in township barbers were contaminated with blood and the hepatitis B virus.

Many salons and street barbers that the the publication team spoke to said they were very cautious and cleaned their machines after each client.

Tony from Tony’s Beauty Salon‚ who charges R30 for a German and English hair cut and R20 for a chiskop‚ said he had a sterilising machine where he placed clippers after use.

"To avoid any infections‚ I put the clipper in the machine after use. Before I even put it in the machine I clean it and all the brushes that I use. I use methylated spirits and a lighter or matches to burn any germs that might be left on the machine before I put it in the sterilising machine for 30 minutes to an hour before I can use it on another client‚" he said.

Tony said he serviced more than 30 people on a busy day. A majority of his clients are men and go for a brush cut style and a chiskop while the classic German cut‚ made popular by gospel queen Rebecca Malope in the 90s‚ is still in demand.

One of Tony’s clients said he preferred coming with his own machine to the salon.

"I pay the same amount as any other client who did not come with the machine but I do not mind. I like how he cuts my hair but I prefer using my own clipper. I bought it for R800 three years ago. It came with shavers. Only I and my son use it. I stopped using any barber’s clipper 20 years ago."

Ntombi from Hair by Annie in Pritchard Street said all the registered salons in the Johannesburg CBD were forced to invest in a steriliser‚ which cost them R100 per 75ml bottle.

"All salon owners are forced to have a steriliser because the health department inspectors will fine them if they don’t have. Almost every month they come and they do not announce when they are coming‚ so we are always prepared for them. Sometimes even our clients want assurance that we do sterilise the clippers‚ needles and combs that we use on them."

Ntombi said she had heard stories of cheap salons that charge clients R5 or R7 for a haircut and do not sterilise their machines.

"This is dangerous; some machines are very sharp. There’s a high possibility of injuring someone while trimming. If you do not sterilise then chances of transmitting diseases such as HIV/Aids are very high‚" she said.

The research showed hepatitis B was found on four out of 50 clippers collected in Langa‚ Gugulethu‚ and Bonteheuwel in Cape Town but none of them had the HIV virus.