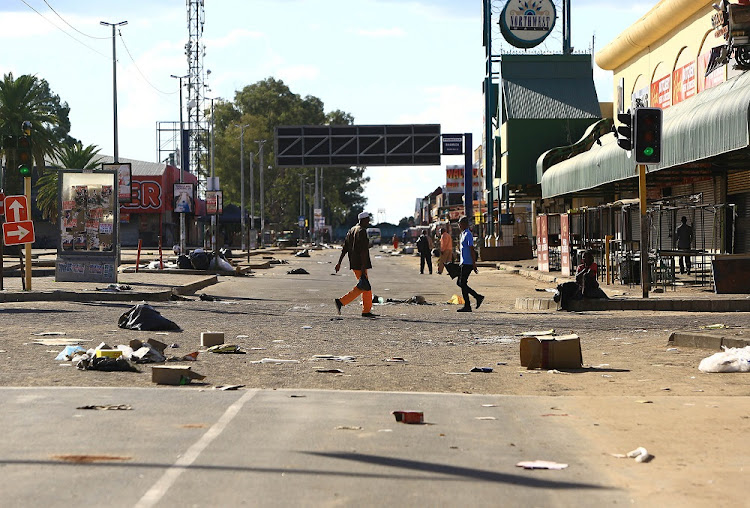 Apart from two attempts to burn properties overnight‚ Mahikeng was reported by police to be “relatively” calm on Saturday following three days of violent protests by residents demanding the removal of North West Premier Supra Mahumapelo.

President Cyril Ramaphosa had called for calm during a visit to the provincial capital on Friday.

“At this stage‚ despite visible objects that were used as barricades‚ traffic is flowing on most of the roads and allowing members of the community to travel to their destinations‚” North West police said on Saturday afternoon.

It added that nine people had been arrested on Friday for public violence and were expected to appear in the Mmabatho Magistrate’s Court on Monday with 14 other suspects arrested on Thursday.

A cultural centre in Mahikeng has burned down amid violent protests targeting Premier Supra Mahumapelo.
News
3 years ago

“Police are maintaining their presence in the area to ensure that the situation is stabilised.”

Police said that in one of the incidents on Friday evening‚ a petrol bomb had been hurled at a house belonging to a traffic official in Magogwe Tar village‚ causing minor damage. However‚ no one was injured in the incident.

There was also a failed attempt to petrol bomb the Mmabana Foundation building‚ which had been burnt the previous evening.

North West provincial commissioner Lieutenant-General Baile Motswenyane urged the public to remain calm but vigilant and to report any criminal activities committed under the pretext of community protest to the police.

Residents of Danville in Mahikeng have told police minister Bheki Cele that their lives had not improved at all since the ANC took power in 1994.
News
3 years ago
Next Article