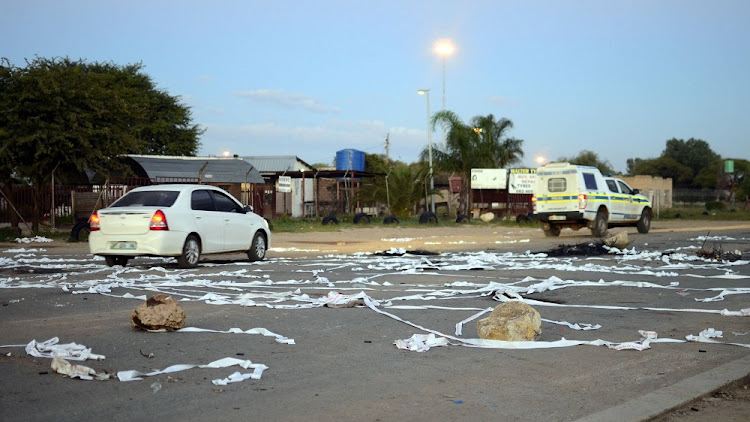 Roads around Mafikeng and the surrounding villages are closed making it difficult for motorist to drive around.
Image: Tiro Ramatlhatse

One man has died in Mahikeng‚ the North West capital which has been rocked by violent protests against premier Supra Mahumapelo.

The man‚ believed to be one of the protesters‚ died in a car chase between police and protesters‚ in an area called Airport View‚ on Thursday evening.

Police spokeswoman Adele Myburgh confirmed the incident‚ but said police had nothing to do with the death.

"The protester died in a motor car accident in the quantum they were driving in‚” she said.

Seven more people have been arrested for public violence in Mahikeng‚ bringing the total to 16.
News
4 years ago

North West capital Mahikeng on Thursday resembled a ghost town with a number of shops closed amid a violent protest.
News
4 years ago

Just as citizens take to the streets demanding the resignation of the premier‚ pharmacists in the North West have warned that the protests have led ...
News
4 years ago

Protests over calls for Supra to step down turn violent