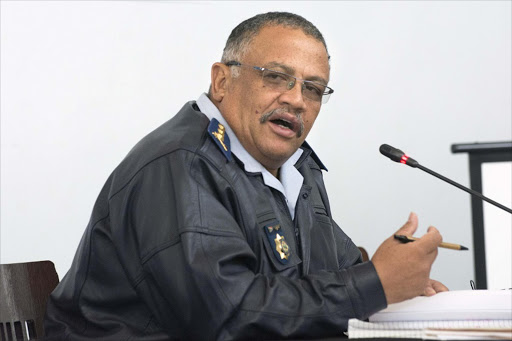 The unit’s Mxolisi Getye brought the application in the High Court in Cape Town on Wednesday during Lamoer’s sentencing procedures. The retired policeman pleaded guilty to corruption in February‚ after a 35-year career.

They initially denied the charges but later changed their pleas. Sharon Govender was acquitted.

The AFU wants to recover more than R167 000 from Dawjee and his two companies‚ Towbar King and Towbars Cape. It emerged in court that the money related to a VW Polo Dawjee had bought with what the state deems the proceeds of crime.

The AFU is suing Lamoer for more than R67 000‚ which he claims was a loan from Dawjee when he fell on tough times. It is also seeking more than R3 000 from Van der Ross and more than R24 000 from Colin Govender.

Judge Rosheni Allie postponed the application to May to allow the men time to prepare their defence.

In his admission‚ Lamoer said he met Dawjee 25 years ago when he worked at Manenberg police station‚ and they became friends. He said they were there for each during hard times and admitted that‚ between December 2011 and September 2013‚ he took loans from Dawjee.

He said he honoured an agreement to pay them back when he retired.

He admitted to “wrongfully and unlawfully” issuing a letter of good standing – on a police letterhead – on behalf of Dawjee to benefit his companies. Colin Govender admitted receiving gratifications worth more than R24 000 from Dawjee and pleaded guilty to one charge of corruption. Van der Ross admitted using Dawjee’s petrol cards to fill up his car for up to R3 324.60.

Dawjee admitted giving Lamoer more than R67 000 and paying gratifications to Govender and Van der Ross. He said Lamoer had repaid the money in full.