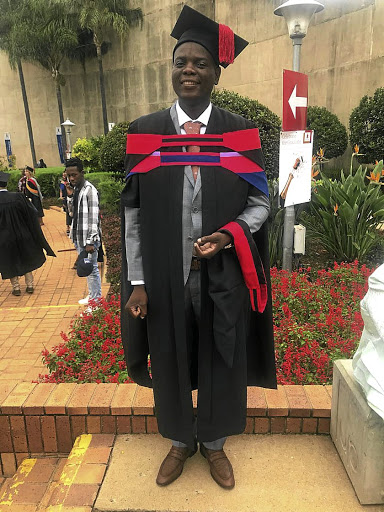 Ronald Lamola has graduated from University of Pretoria./Supplied

Former ANC Youth League deputy president Ronald Lamola says the journey of getting education has been a difficult one.

Lamola, who is one of the youngest ANC national executive committee members,
obtained his second master's degree in law with the University of Pretoria yesterday.

"I am a product of a black tax, and this goes to my elder sister Constance, who used all her salary to take me to school," Lamola said.

"This motivated me to work hard during my undergraduate years."

Lamola said his "uneducated" mother used her farming products like maize in her village in Bushbuckridge, Mpumalanga, to ensure that he had something to eat at school.

"Both my parents are retired farmworkers, hence they could not afford to take me to school. My sister is my hero and I hope this will inspire the Fees Must Fall movement and all African children yearning for education."

ANC spokesman Pule Mabe said Lamola who grew up from humble beginnings on a small farm in Mpumalanga was a living example of what Nelson Mandela said about education.

"We call upon our young people to emulate comrade Lamola and ... acquire education," Mabe said.