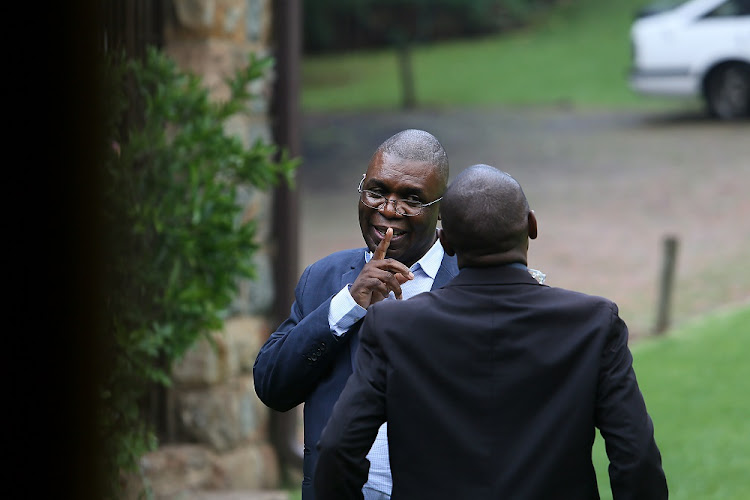 The producer of the controversial documentary on Winnie Madikizela-Mandela‚ Pascale Lamche‚ says the media briefing held by former minister of safety and security Sydney Mufamadi has vindicated her.

Lamche attended a media briefing held by Mufamadi in Parktown‚ Johannesburg‚ on Monday to explain his side of the story in the allegations that surfaced about a television documentary aired by eNCA.

The award-winning documentary aired after Madikizela-Mandela's recent death‚ sparking an outcry after it showed how a propaganda plan was allegedly put together by some in the ANC‚ the apartheid government and journalists to weaken her politically. The plan was carried out even during the democratic era‚ at a time when Mufamadi was minister of safety and security.

Isolating Madikizela-Mandela was not my decision alone‚ says Mufamadi

Sydney Mufamadi says the decision to distance ANC from Winnie Madikizela-Mandela was taken by the collective.
News
3 years ago

In his briefing Mufamadi lamented the fact that Lamche never gave him an opportunity to state his side of the story.

However‚ Mufamadi confirmed knowing some of the characters mentioned in the documentary‚ an act which Lamche said confirmed that the film was the truth.

“My conclusion from the press conference is that everything I said in the film was sustained. That the minister…knew of these investigations and probably initiated them considering that it was such enormous investigations‚ incredibly costly‚ a cross-frontier investigation and that it lasted several months. He sustained all of that. This [the press briefing] was organised to discredit my film.

“I was making the entire film about very secret things that were a number of different operations that were conducted to discredit Winnie Mandela. I don’t think the film is discredited in anyway by what we learned in this press conference. I think the former minister confirmed everything that was in the film and some of what was not in the film. He also confirmed that Jerry Richardson was paid money whilst he was in jail by the police service for the information that he was giving about Winnie Mandela‚” Lamche said.

The alleged investigations took place in 1995 and the documentary alleges that the police paid money to Richardson at the time he was serving a life sentence for the murder of youth activist Stompie Seipei. Richardson died in April 2009.

Mufamadi also rejected the claim that he initiated the investigations. Instead‚ he said that they came through a parliamentary process which was initiated by Tony Leon who led the opposition back then. He added that he had no direct involvement in giving instruction to the police as to who should be investigated‚ by who and how much money would be used during the investigation.

I was never consulted on Madikizela-Mandela doccie‚ says Mufamadi

Sydney Mufamadi says he was never afforded an opportunity to state his side of the story in the documentary Winnie Madikizela-Mandela.
News
3 years ago

Mufamadi‚ however‚ admitted that he was part of a collective decision taken by the liberation movement during the apartheid era to distance itself from Mama Winnie due to her insistence on continuing to run the Mandela Football Club against the wishes of the ANC.

Lamche explained to journalists how it happened that Mufamadi never got a chance to state his side of the story.

“I didn’t and I apologised to him. My film was finished in January 2017. It was shown in June 2017. There was an ANC minister in the screening with Mama Winnie and a huge full audience in June 2017. Why was that [giving Mufamadi a right of reply] not brought up at that point. Why was this not such a big press issue then? Why has this become a press issue now?” Lamche asked.

She said the film was receiving such an enormous attention now because the nation was still grieving over the death of Mama Winnie and “the battle about her legacy is a really significant one”.

“I would come‚ do interviews and go. It was only in the editing‚ much later that everything came together and it came absolutely clear that this part [Mufamadi’s involvement] was a critical part of the story. The important thing is that it is the truth. If the former minister had no knowledge of these cross border investigations of Winnie Mandela…then you could discredit me and the film‚” Lamche said.

Mpho Mosimane, who facilitated Sydney Mufamadi's briefing, explaining to the producer of Mama Winnie's documentary, Pascale Lamche, that the investigations were never initiated by the former minis...