KPMG takes ‘drastic steps’ to clean up its act 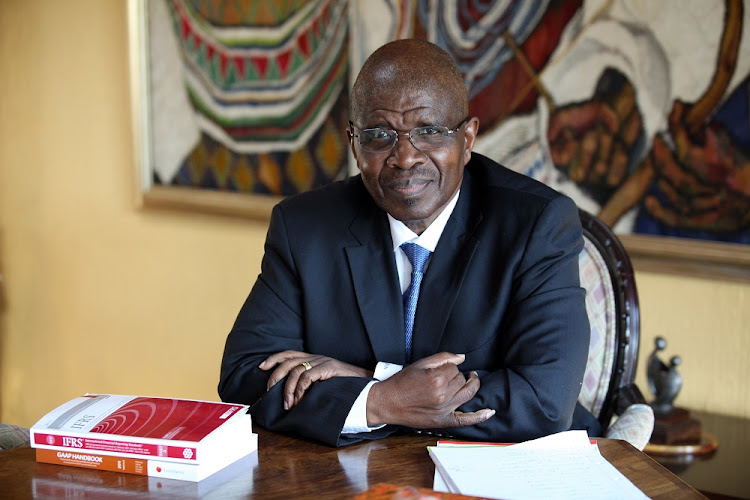 KPMG on Sunday announced that it was taking drastic steps to restore confidence in the troubled firm and clean up its image following the resignation of two partners who apparently failed to raise the flag on alleged unlawful practices by the VBS Mutual Bank.

KPMG chairman Wiseman Nkuhlu announced measures to prevent a repeat of problems with the VBS and Gupta accounts.

The first is to go beyond the normal integrity checks done by their internal units on conflicts of interests. Instead an external independent partner will conduct the checks. Thereafter external checks will be done every two years.

The firm will also review all work done in the past 18 months.

Nkuhlu said that "because with the experience of VBS‚ some of the partners are very angry. They have been let down by one of them‚ so how do we assure each other as partners that we have complete trust in each other going forward? So we have to that."

He described the independent check as unprecedented and said it was likely to cause unhappiness.

Two partners at KPMG quit ahead of disciplinaries

The resignations by Sipho Malaba and Dumi Tshuma were tendered on Friday.
News
4 years ago

“Some people are going to say 'this is demeaning. I am a partner serving a big client and am trusted by my client’‚" Nkuhlu said‚ adding that resistance to the independent checks would not deter them.

Sipho Malaba had signed off on VBS’s accounts for the year to March 2017‚ but had not filed any "reportable irregularities" with Independent Regulatory Board for Auditors‚ the IRBA confirmed on Thursday.

Malaba and Dumi Tshuma resigned on Friday. KPMG’s CEO Nhlamu Dlomu said Malaba held loans with the bank but had not declared their full extent.

KPMG's management was changed following the resignation of nine senior executives in September last year over the company's audit of all its Gupta linked accounts.

Nkuhlu said the VBS matter had prompted KPMG to take further steps to review all work done over the last 18 months to ensure that no more surprises emerged.

"When we introduced the changes to management in September last year‚ we focused on improving through training‚ coaching our work from that point going forward. But the lesson we have learnt from VBS is that possibly there is work that was completed in March or so in 2017 that [may emerge] so the review of the files must go back and cover the last 18 months or so‚ so that we reduce the possibility of coming from our past to embarrass the firm and our clients‚" said Nkuhlu.

KPMG raised no red flags with the audit regulator over VBS Mutual Bank and it did not report any unlawful practices during its decade-long audit.
News
4 years ago

"We have taken this unprecedented step of reviewing [all work] of the past 18 months‚ to make sure that we cover each partner and the quality of the work of each partner is reviewed… It going beyond the normal review or monitoring. We want a more comprehensive review to ensure we reduce the possibility of another VBS coming up‚" he added.

The reviews would be conducted by partners from other KPMG offices.

A hotline has also been introduced “[to make] it possible for people‚ especially managers who feel that they have been forced by circumstances to approve work that was not up to standard or to condone things which were improper about conflict of interest. We say for 60 days‚ every one - partner or associate director of KPMG - must see that there is a secure line that they can report those things‚" Nkuhlu said.

"Where there is a clear case of fraud or dishonesty‚ we need to deal with it as such‚" he added.

BusinessLIVE reported that the VBS scandal was the latest blow to hit the big four audit firm‚ which is the subject of IRBA initiated investigations into its work for Gupta family companies.

On Friday‚ the South African Reserve Bank announced it had commissioned a forensic probe into VBS‚ after placing the bank under curatorship in March when it emerged the bank was facing a severe liquidity crisis and could not repay deposits.

The investigation follows the curator's report that signalled possible fraudulent reporting and transactions to extract money from VBS to further the personal interests of certain individuals and companies.

Nkuhlu said it was not just KPMG that needed to change but the auditing industry as a whole‚ which had lost the trust of the people it aimed to serve.

SARS commissioner Tom Moyane allegedly instructed a witness to “feign illness” and not report for an interview scheduled with KPMG in 2015.
News
4 years ago
Next Article