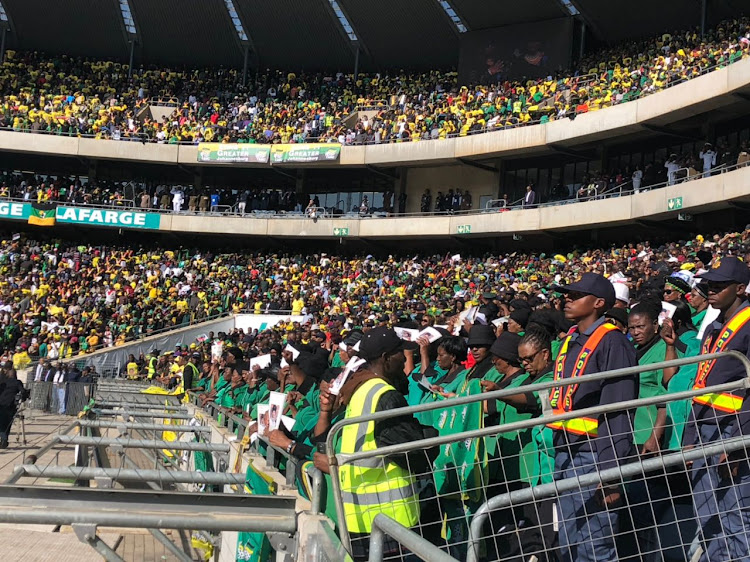 It was a jovial mood in the buses shuttling mourners to Winnie Madikizela's funeral at Orlando stadium in Soweto on Saturday morning.

"Long live the spirit of Winnie Mandela‚ long live‚" the crowd chanted‚ while also singing Struggle songs as they made their way from Nasrec to the nearby stadium.

Mourners were dressed variously in black for the funeral‚ ANC regalia to honour Mama Winnie's political role and traditional garb.

Meanwhile outside the stadium‚ scores of volunteers in orange and blue bibs started assembling at their points. Numerous police vehicles and metro cops were also present.

Madikizela-Mandela is to be buried at the Fourways Memorial Park this afternoon. The 81-year-old died last Monday after a lengthy illness.

Mourners are streaming towards Orlando Stadium for the funeral service of the late struggle stalwart Winnie Madikizela-Mandela.begin.
News
3 years ago

Family, friends, politicians and dignitaries will be joined by thousands of South Africans as they pay their final respects to Winnie ...
News
3 years ago

“Mam’ Winnie was a true reflection of Soweto and that’s why we are here to take her home.” These were the words of Jacob Leboa, who was among ...
News
3 years ago
Next Article