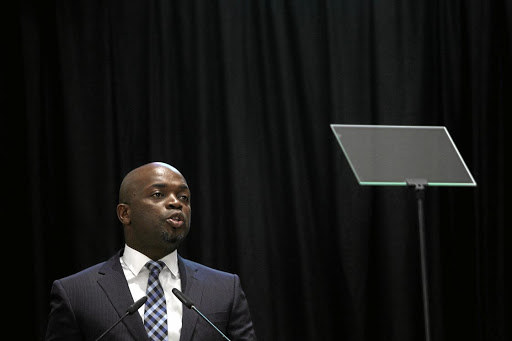 The DA-led administration in Tshwane has put recruitment of top managers as part of its priorities aimed at turning the metro around.

Mayor Solly Msimanga announced this yesterday during his state of the city address.

He said stabilising the metro starts at the top, adding that the wellbeing of the administration depended on the right administrative leadership with professional skills and experience.

He said the "Hollywood style" (people acting in positions) of leadership his administration inherited from the ANC undermined service delivery.

"We found that at multiple levels of the administration there were 'actors'.

"Staff were often acting across different positions and thus unable to make key
decisions about crucial matters of state. We had acting deputy city managers, acting executive directors and the list went on."

He said they followed this up with the appointment of highly experienced people in the form of governance support
officer, the chief operations
officer and the chief financial officer to support the office of the city manager.

"At present, the city sits with a vacancy rate of 25% which will be addressed by the latest recruitment phase. This will ensure that the city is further capacitated to discharge its mandate to the people."

Msimanga also dedicated the better part of his address to job opportunities, which he said was central in their offer to the people of Tshwane.

He said although they inherited a cash-strapped metro from the ANC administration, the metro's finances were in good standing. He said under the DA, the metro finances improved from R1.1-billion in the 2015/2016 financial year to R2.1-billion in 2016/2017.

Tshwane mayor Solly Msimanga has opened his State of the City Address by decrying the “menace” of cable theft, which he said destabilised the metro, ...
News
4 years ago

Nelson Mandela Bay Mayor Athol Trollip has been re-elected to the position of DA federal chairperson.
News
4 years ago

We will deal with consumer debt‚ says Msimanga

Tshwane executive mayor Solly Msimanga says his administration is coming up with solutions to deal with inefficiencies and serious levels of consumer ...
News
4 years ago
Next Article