Baby dies in clinic queue while nurses are on strike 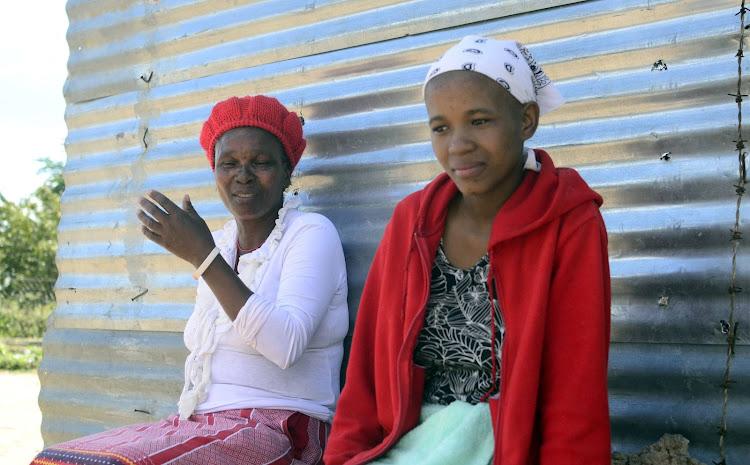 Rosina Mothibedi and her daughter Tshireletso Mothibedi at their home in Signal hill.
Image: Tiro Ramatlhatse

A 19-year-old mother blames a  nurse  for her baby’s death and for telling her to travel with the infant’s corpse back home.

Tshireletso Mothibedi’s one-month-old daughter died at a North West hospital’s clinic over a week ago.

Mothibedi, from Signal Hill village in Mahikeng, said she took baby Annah to a clinic on March 29 with a fever. The clinic was closed. She rushed to another clinic about 25km from the first one.

“… it was also closed. My baby was really sick at that time. Her temperature was high and she was crying. I was left with no choice but to rush to the hospital,” she said.

On arrival at the hospital, nurses told her that there was a Nehawu  strike  and they could not assist her. Nurses have been on  strike  for the past three months demanding bonuses and that health department HOD Dr Thabo Lekalakala be fired.

The nurses told Mothibedi to go to the hospital’s clinic.

“On arrival, my boyfriend told them that my baby might need oxygen because she was very weak by then and struggling to breathe.

“A  nurse  asked how we knew that my baby needed oxygen because we are not doctors and told us to queue like other patients,” she said.

Her baby died just before 1pm while they waited for over 30 minutes in the queue. Other patients called the  nurse  to say the baby had died.

Mothibedi said the  nurse  told her to go to a consulting room and wait on the bed. “The  nurse  continued to help others as I waited there. I was devastated as I waited, hoping my baby was not dead. I thought she would come back and say my baby was unconscious or something.”

Mothibedi’s sister, Kedibone Ntwaagae, said that when she arrived at the hospital clinic at 1.15pm the child was dead.

Ntwaagae said she asked the  nurse  on duty why she was not helping them take the baby to the mortuary and the  nurse  said she did “not care”.

She said the  nurse  told them to just take the dead baby back home as she would be closing the clinic soon.

The baby’s mother said: “She [ nurse ] later came and told me to take my dead baby home as she was going home.”

Ntwaagae then called their mother, Rosina Mothibedi, who arranged for a private mortuary van to collect the baby.

North West health MEC Magome Masike said the baby’s death must be blamed on the  strike . “Clearly the  strike  is responsible. This is a Nehawu case.

“If people must lose their lives like this, it means our ego is bigger than that of the lives of our people,” Masike said.

He said he would like to personally investigate the cause of the baby’s death.

Nehawu provincial secretary Patrick Makhafane yesterday said nothing prohibited the department from getting other people to do their work.

“It is their obligation. We as Nehawu are refusing to take any responsibility for the child’s death.”

He said Nehawu sympathised with the family.