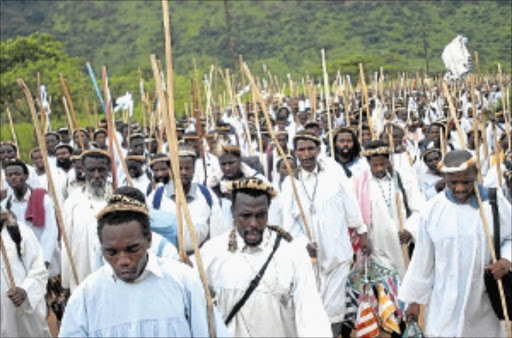 The battle for control of the church‚ which has five million members‚ has raged between the Ebhuleni and the Thembizinhle factions since the death of Vimbeni Shembe in 2011‚ with the parties turning to the courts to decide who its rightful leader was.

In October 2016‚ Judge Achmat Jappie ruled in the high court in Durban that Vela was the rightful leader of the church based on a deed of nomination‚ which he declared was valid.

But the matter was taken on appeal by the Ebhuleni faction‚ which contested the veracity of the document.

Trevor Nkosi‚ who represented the Thembinzinhle faction‚ said they had been confident of a win. "The evidence was strong‚ the witnesses corroborated the evidence and even the doctor‚ who treated the late Vimbeni‚ confirmed with him three times about the nomination for his successor."