'April is difficult month for ANC' 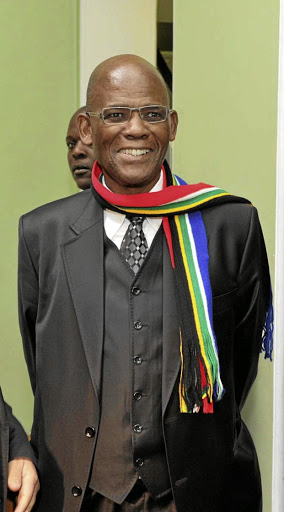 Dr Zola Skweyiya when he was high commissioner.

Minister in the Presidency Nkosazana Dlamini-Zuma says April is a very difficult month for the ANC as many of its leaders are dying this month.

"As I speak, we have four comrades that have departed from our midst, and it's a very difficult month, but it tends to be a difficult month as you remember that in 1993 we lost comrade Chris Hani and we lost our party president Oliver Tambo and Solomon Mahlangu was hanged the same month. So, April is not an easy month for us," Dlamini-Zuma said.

She was speaking to Sowetan yesterday on the sidelines of the official memorial service of Winnie Madikizela-Mandela who died on April 2 at the age of 81.

"We celebrate Freedom Day [on April 27], but also April is when the colonisers also arrived in this country, so it's almost a full circle," added Dlamini-Zuma.

"It is very sad to have lost bhuti Skweyiya. Our condolences and sympathy to the families. Comrade Zola is a real stalwart of the ANC as he participated in the Struggle from his young age."

She added that Skweyiya was humorous, but was strict when it came to work as he was a man of "good governance" and keen on ensuring a better life for all.

Born on April 14 1942 in Simon's Town in Cape Town, Western Cape, Skweyiya returned from exile in 1990 and was appointed to direct the department of legal and constitutional affairs.

He died at a Pretoria hospital yesterday morning and leaves his widow, Thuthukile.

Our heroes belong to the nation, not political parties

The month of April is very significant in South Africa's calendar.
Opinion
4 years ago

ANC veteran Zola Skweyiya has died‚ just days before his birthday. He was 75.
News
4 years ago
Next Article