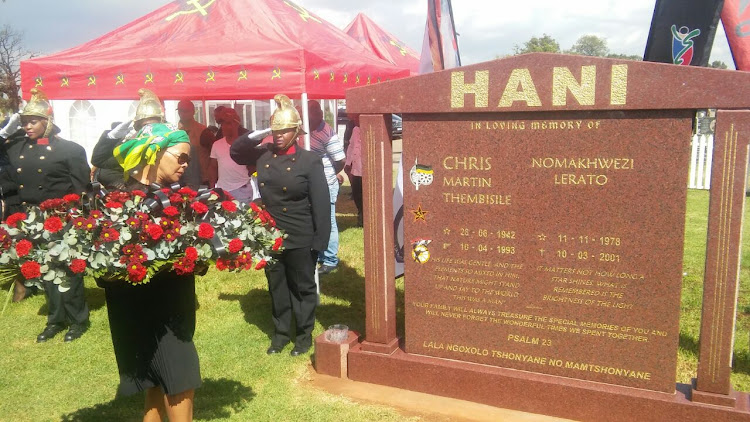 The wreath-laying ceremony is being hosted at the park where Hani was buried in 1993.

As the crowd began filling the marque where the event is taking place‚ the Ekurhuleni Metro Police Department choir sang hymns to welcome the guests to the occasion.

Leaders of the SACP‚ trade union federation Cosatu‚ the SA National Civic Organisation and Military Veterans Association are expected to speak at the event. A keynote address will be delivered by ANC secretary general Ace Magashule.

The event is the 25th anniversary of Hani's assassination. He was killed on April 10 1993. At the time he was the general secretary of the SACP and a member of the national executive committee of the ANC.

Hani had led the joint SACP and ANC military wing‚ uMkhonto weSizwe‚ with outstanding dedication as its chief of staff and in various capacities going back to the 1960s in the course of the struggle against apartheid.

The ANC has officially launched a tribute wall on which the general public will be able to honour the late Winnie Madikizela-Mandela.
News
3 years ago
Next Article