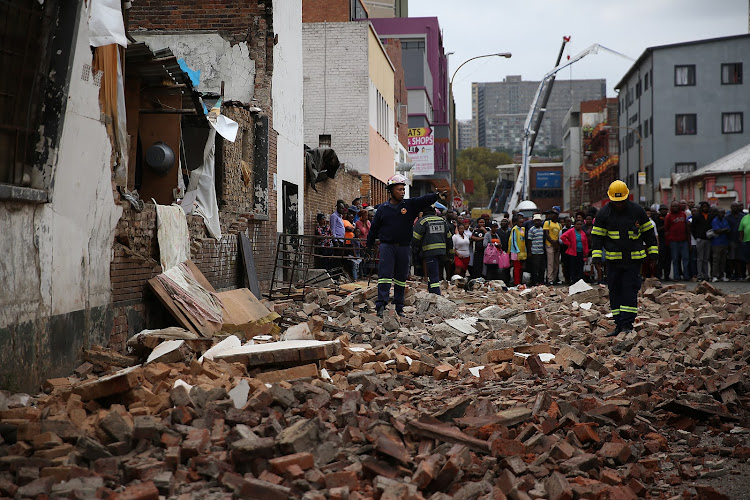 The buildings in the area‚ which include a spaza shop‚ appear to be dilapidated and potentially hazardous.
Image: Alon Skuy

Shimmering foil covered the bodies of three children who were crushed by a wall in Davis Street in Doornfontein‚ on Monday morning.

Their mothers sat next to their bodies‚ their heads covered in doeks with blankets draped over their shoulders.

The wall of the yard of a dilapidated building they called home tumbled down shortly after midday as the children played on the street‚ crushing them to death.

One man said he saw the wall collapse.

“I was near the collapsed wall‚ about two metres away from it‚ playing with my two-year-old nephew‚” said Bongani Sithole.

“I saw the wall come down and I dragged my nephew. He was hit by some bricks on his leg but he survived‚” said Sithole who was still visibly shaken by the incident.

“The wall has had a large crack for some time but we didn’t think this would happen‚” he said.

“We don’t know what triggered the fall‚” Sithole said.

He said he had heard the children scream as the wall fell on them.

“The sound of the wall... It sounded like a big car crash‚” Sithole said.

The distraught man said he knew all of the victims.

The mothers of the children sat on the tar road amid the stench of sewage‚ with heaps of rubbish and piles of bricks near them‚ waiting for the bodies to be collected.

The women huddled together as they engaged in conversation among themselves and officials.

Scores of people peered from the police red and white tape while others stood on the rooftops of some buildings‚ watching the scene below.

The street was filled with scores of children who were to return to school later this week for the start of the new school term.

“That could have been my child‚” one woman in the crowd said‚ holding onto her little daughter with her bare feet and her uncombed hair. 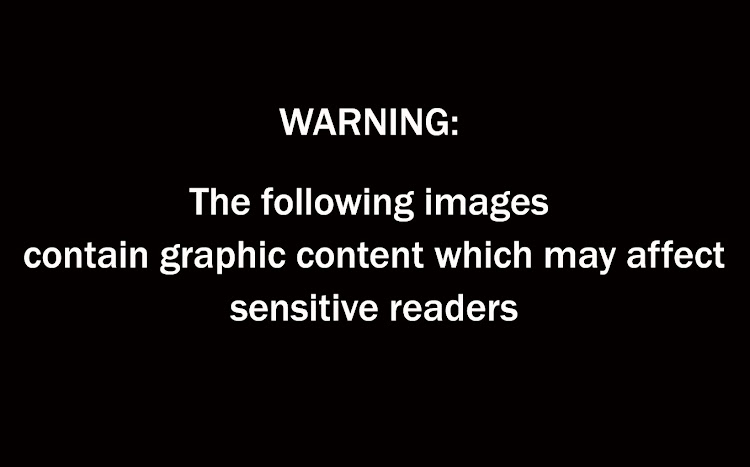 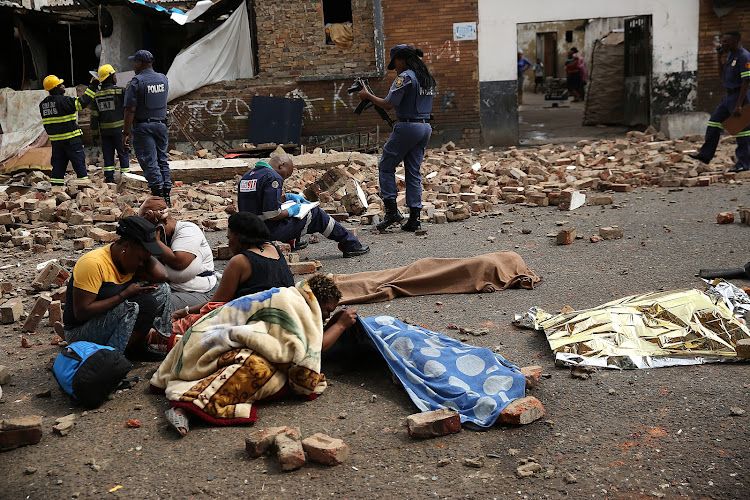 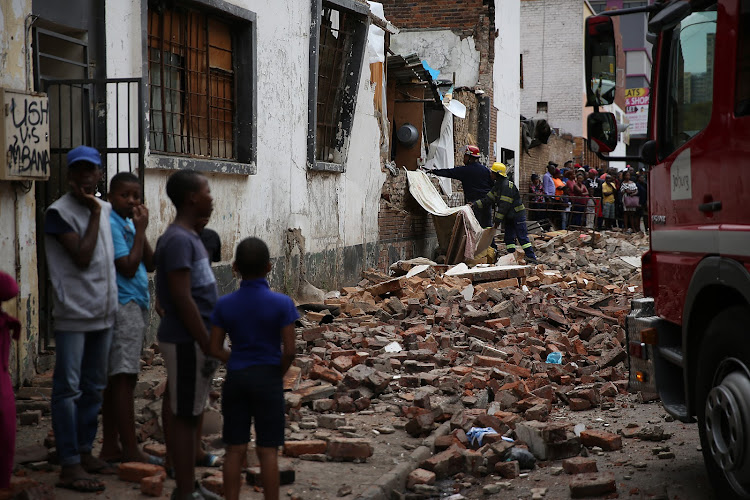 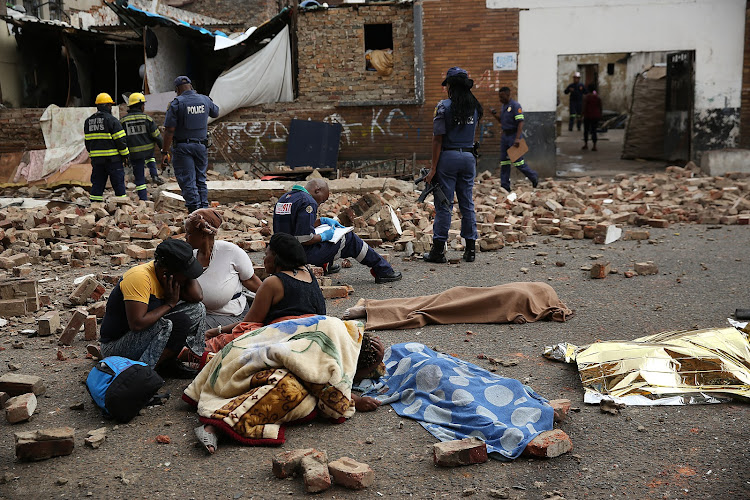