It would have been wonderful for Winnie to hear all the praises while still alive: Graça Machel 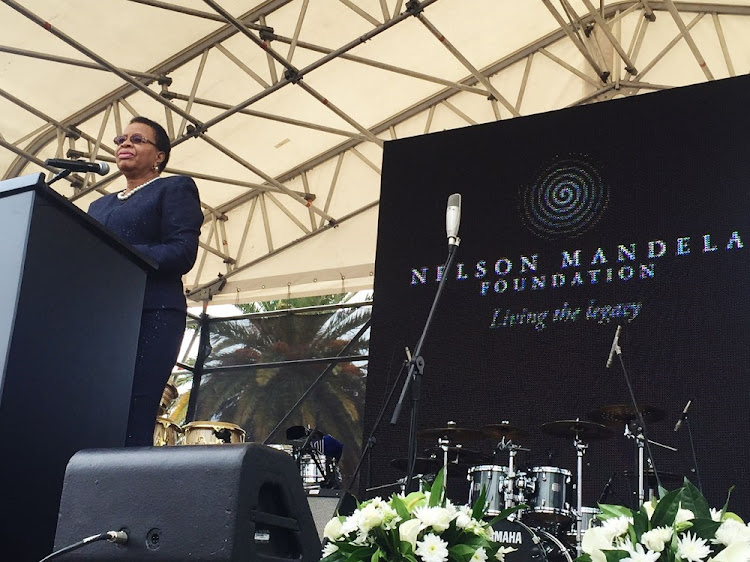 Machel painted a picture of how wonderful it would have been for Mama Madikizela-Mandela to have heard all the praises while she was still alive.

She acknowledged that she had not yet fully processed the pain she was going through following the loss of the liberation struggle icon.

“It is too early‚ really too early for us to be able to process the pain we are going through. As a nation‚ we tend to wake up‚ to realise who are the people who have made us as a nation‚ people who sacrificed so much for us. We tend only to wake up and to recognise them when they leave‚” said Machel.

In a teary tribute‚ she spoke of how South Africa could have done better to honour the mother of the nation while she was still alive.

'Shine brightest in the sky' - Graça Machel to Winnie Madikizela-Mandela

It is with a heavy heart that I address you today.
Opinion
3 years ago

“Don’t you think it would have been great for her to have all the untruths that were allowed to live with us about her life to be cleared while she is still amongst us‚” Machel said.

Machel said she was highlighting the importance of appreciating people while they were still alive because she was not sure if Mama was “absorbing” all the heartfelt tributes.

She was speaking at the Nelson Mandela Foundation tribute on a day that would have marked the countdown to Nelson Mandela’s 100th birthday.

Ndileka Mandela who could not conceal her tears said she and other family members were still gutted about Madikizela-Mandela’s death as “in life‚ she got a raw deal”.

She said as a family they still needed her.

Speaking at the event‚ Fees Must Fall activist Naledi Chirwa gave a feminist take on to how the legacy of Mama Winnie could be honoured.

Chirwa referred to the persistent gender wage inequality and said that unless that was addressed‚ the country was not serious about preserving Madikizela-Mandela’s legacy.

Madikizela-Mandela died last week Monday at the age of 81 at the Netcare Milpark Hospital in Johannesburg after a long illness that had seen her in and out of hospital since the start of the year.

A monumental photographic exhibition in her memory will be erected at Constitutional Hill. It will be open to the public from 5.30pm on Thursday.

Africa's youth and women need to stand up and take charge as the continent's new leaders.
News
3 years ago
Next Article