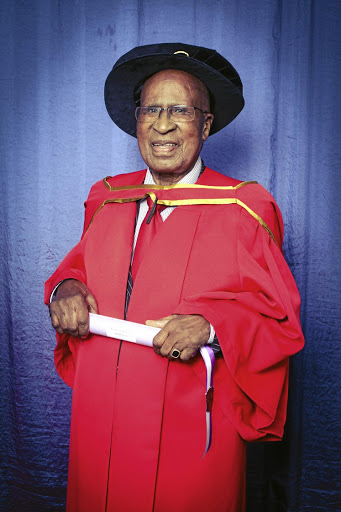 ANC Struggle veteran and former MP Andrew Mlangeni says the youth should pick up the fallen spear of his comrade Winnie Madikizela-Mandela and use it to fight the scourge of corruption.

"They should not promote corruption," he said in an interview at Rhodes University at the weekend.

Mlangeni was conferred an honorary law doctorate by the university on Friday night.

A packed gallery at the 1820 Settlers Monument in Grahamstown gave the founding member of Umkhonto weSizwe a standing ovation.

A relaxed and reflective Mlangeni, 92, on Saturday had nothing but praise and respect for the late Struggle activist.

Charlene Smith | Why Winnie has earned empathy, not judgement

I am so appalled by some white trash know-nothing comments about Winnie Madikizela-Mandela.
Opinion
4 years ago

Love her or hate her, Winnie blazed a trail in the name of liberation

There has been none as courageous as she in defence of her name, dignity and children.
Lifestyle
4 years ago
Next Article