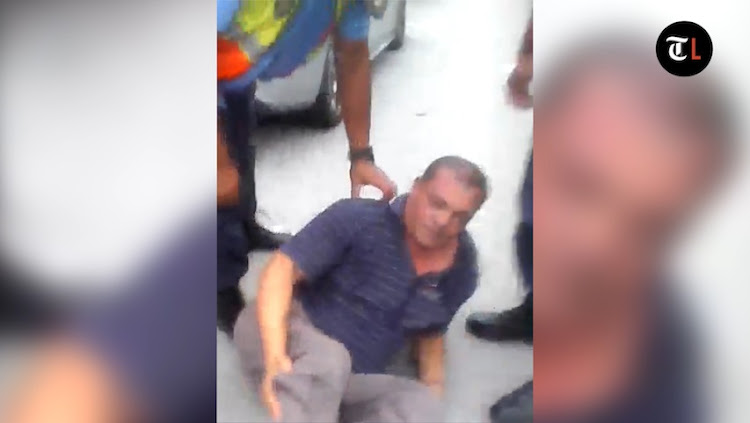 “Leave me alone‚ leave me alone‚” were the pleas from Alroy Kerspey‚ who walks with the aid of crutches‚ as traffic police yanked him around by his shirt collar in Knysna on Thursday.

Kerspey‚ 46‚ became involved in an altercation with traffic officers in the coastal town when he could not produce his driver’s licence. He drives an automatic vehicle as he only has the use of one leg.

Kerspey and his wife‚ Mercia‚ 39‚ were travelling along the main road‚ where they have a shop‚ when they were pulled over.

“That is when I grabbed my phone to film them. My husband is disabled and he has a heart problem. My husband had polio as a child and he could never walk on his own. They shoved him in their car and they took him to the police station.”

Thousands of former President Jacob Zuma loyalists will hold vigil through the night on Thursday before marching to the courtroom precinct.
News
4 years ago

SowetanLIVE reached out to the Knysna municipality for comment earlier on Thursday and will update this story to reflect its version of events when it responds.

When her husband got out of the car‚ things went from bad to worse.

“You are threatening me” the officer told him and then pulled him down onto the ground.

What upset her the most was how the officers “manhandled” her husband.

Kerspey was later released from custody and was at the local police station with his legal representative on Thursday afternoon.