Lamberti insists he has not been found to be racist‚ sexist 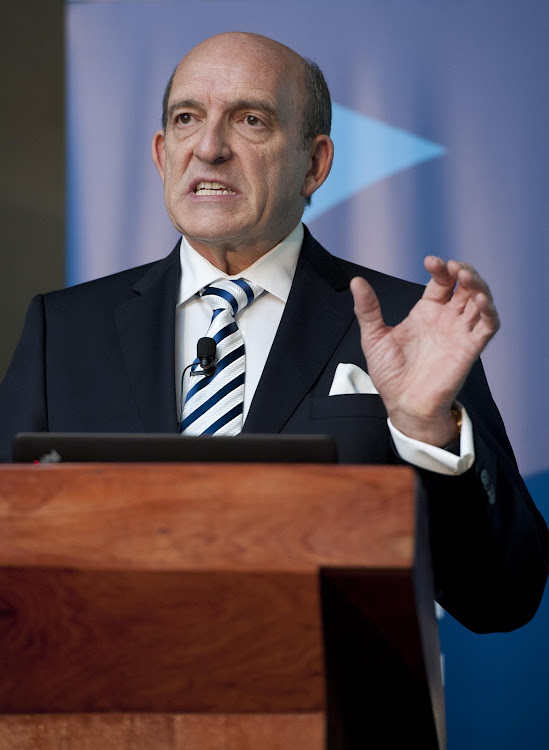 Newly appointed Eskom board member and Imperial CEO Mark Lamberti is adamant that he has not been found to have been racist or sexist by the North Gauteng High Court.

In an email sent to Imperial staff on Thursday‚ Lamberti said his reference to experienced chartered accountant Adila Chowan as a "female employment equity" candidate was not intended to demean her.

"My statement‚ intended to indicate attentiveness to the Employment Equity Act and society’s expectations of business‚ was not malicious or meant to hurt or demean her in any way and I regret and apologise for any hardship that it caused‚" he said.

Lamberti has however acknowledged that the North Gauteng High Court found that Chowan had grounds to believe that she was being discriminated against when Ockert Janse van Rensburg - who the court noted "had no experience of the motor industry at the time of his appointment and little understanding of the Imperial accounting and the complexity of the transactions" - was appointed CFO of AMH in January 2015.

"She therefore was within her rights to lodge a grievance to the then Chairman of Imperial‚ and she has a claim against AMH for the economic loss that resulted from her subsequent suspension and dismissal by AMH."

Lamberti however insists that his "employment equity" comment has been misconstrued.

"My statement was that I would like nothing more than for a female employment equity candidate to be appointed as a CFO of one of our companies....

"Contrary to the nature and tone of the current reporting‚ the High Court judgment found no findings of race or gender discrimination against AMH‚ Imperial or myself.

"It is unfortunate that the matter‚ which happened during my first full year as CEO‚ has had an adverse impact on the Imperial brand and by association on you as members of our valued Imperial community."

Chowan‚ a former employee at Imperial’s subsidiary‚ Associated Motor Holdings (AMH)‚ brought a court application against Lamberti last year after she was fired in September 2015 over allegations of misconduct. She was summarily suspended and investigated after she laid a grievance over Lamberti's comments.

The North Gauteng High Court further found Chowan to be a credible witness‚ who gave reliable evidence about how she was sidelined from being appointed as company CFO – despite promises made to her by Lamberti. Judge Piet Meyer found Chowan's belief that she had suffered racial and gender discrimination was "justified"‚ based on the facts before the court.

The court also found that Chowan proved that she suffered damages as a result of Lamberti and AMH’s conduct.

Chowan said Lamberti's comments made her feel like the only reason she’d been employed within the Imperial Group was because she was an “equity employment employee”. She testified that she’d never been spoken to like this before – and was particularly humiliated because she was addressed in this way in front of other senior managers.

“I had built my career. I had been a CFO. I had acted as a CEO. All those achievements were not being recognised‚ apart from the fact that I was now being objectified in terms of being a female employment equity candidate‚” she testified.

Lamberti however maintains that he has fought for diversity at Imperial.

"During the course of my 50-month tenure as CEO‚ our strategy has been to create a more diverse‚ inclusive‚ people-centric focused business. The changes to the racial and gender profile of our management and shareholding are having a positive impact on the relevance and performance of our group and our contribution to inclusive growth in South Africa. Because of your efforts‚ Imperial today is a very different group to the one which Ms Chowan experienced in the two years prior to my appointment and the one year thereafter. With your continued support these positive changes will accelerate."