'I wanted to tackle Ajay's head off his shoulders' 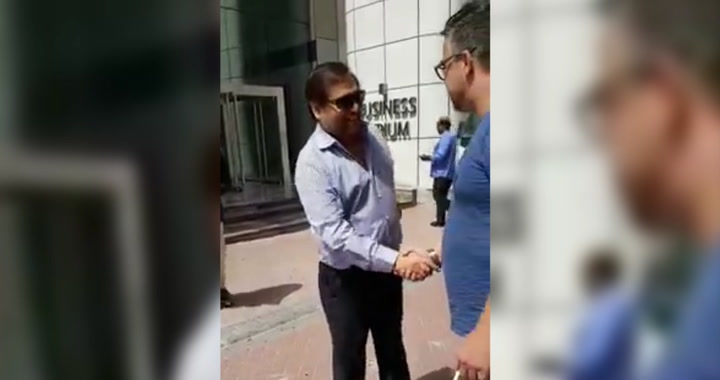 A R300 bet spurred Stellenbosch salesman Justin van Pletzen on to confront Ajay Gupta outside the Indian consulate in Dubai on Wednesday.

He was quick to add‚ though‚ that if it weren’t for the strict laws in the country‚ he would have “tackled his [Gupta’s] head off his shoulders”.

The 39-year-old father of two‚ who has been in the United Arab Emirates city since 2016‚ told Times Select that he could hardly believe it when he called Ajay’s name‚ and the man came walking over to him - even shaking his hand.

“I wanted to tackle the head off his shoulders. But then I saw the bodyguard behind him and I thought to myself: If you tackle him you are going to get into big trouble‚ probably going to lose your job‚ probably going to go to jail. And I thought‚ just ask him the question. Ask him when he is going home to go face the music.”

The Gupta family are in trouble with tax authorities in their home country of India‚ and were supposed to appear before tax authorities on Monday to answer questions‚ but reportedly failed to pitch.

Justin Van Pletzen, a South African in Dubai, spotted Ajay Gupta at an office block on April 4, 2018. Van Pletzen greeted Ajay and shook his hand before reminding him that he was wanted back in So...