Winnie supported me in my toughest time‚ says Makhosi Khoza 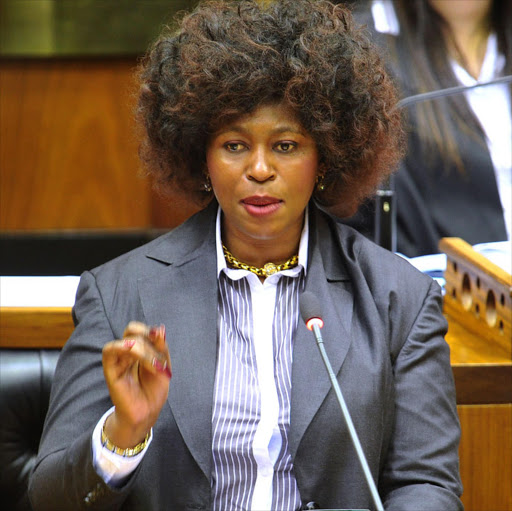 African Democratic Change leader and former ANC MP Makhosi Khoza says struggle stalwart Winnie Madikizela-Mandela, who died on Monday in Johannesburg aged 81, supported her during the most turbulent of times in Parliament.

“I am devastated‚” she said when told of Madikizela-Mandela’s death. “She was a woman that was beside me throughout my trials and tribulations last year. When I was facing persecution‚ she was phoning me on a daily basis. She actually gave me the strength to go on. I don’t know how much more I can actually say.”

Khoza was the target of serious attacks and threats while she was an ANC MP for her criticism of then president Jacob Zuma.

Before she formed her new political party‚ Khoza had confided in Madikizela-Mandela, as she had reached a turning point in her life.

“I spoke to her and she understood the challenges that I was faced with. She could identify with what I was going through because she also was once persecuted‚” Khoza said.

Madikizela-Mandela died on Monday afternoon at the Netcare Milpark Hospital in Johannesburg. She had been in and out of hospital since January with what a spokesman at the time said was a kidney infection.

Family spokesman Victor Dlamini said: “She died after a long illness‚ for which she had been in and out of hospital since the start of the year. She succumbed peacefully in the early hours of Monday afternoon surrounded by her family and loved ones.”

Dlamini described Madikizela-Mandela as “one of the greatest icons of the struggle against apartheid”.

“The Mandela family is deeply grateful for the gift of her life, and even as our hearts break at her passing‚ we urge all those who loved her to celebrate this most remarkable woman‚” he said.

Memorial and funeral details will be announced later.

Makhosi Khoza has cautioned South Africans against having high hopes for any of the ANC presidential candidates.
News
4 years ago