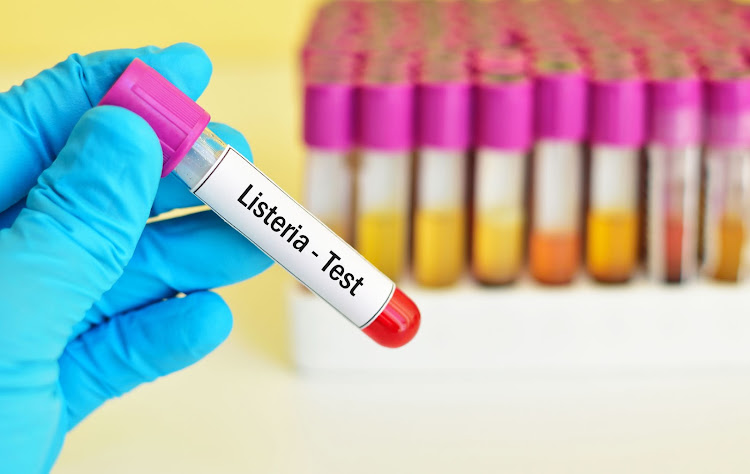 "Parents have suffered the unimaginable pain of losing children in horrific circumstances . . . and those who survived face a life of blindness‚ deafness and cognitive disabilities . . ."

Attorney Richard Spoor's affidavit - lodged in the Johannesburg High Court today (Thursday March 29) in a class action lawsuit against Tiger Brands and its Enterprise division on behalf of those who contracted listeriosis‚ as well as the families of those who died - is a heart-wrenching account of the impact on the lives which were forever changed by unwittingly eating contaminated processed meat.

The legal case relies on the fact that the specific ST6 strain of listeria monocytogenes‚ which infected 91% of people who died‚ was found at the Tiger Brands Enterprise factory in Polokwane.

Spoor and seasoned US-based food safety attorney Bill Marler of Marler Clark attorneys have used 10 applicants as representatives of the range of victims in the world’s biggest and most devastating listeriosis outbreak:

- those who contracted listeriosis after eating contaminated food products from Enterprise’s Polokwane plant‚ but survived;

- those who contracted listeriosis as foetuses in their mother’s wombs and survived;

- those who were dependent on people who died after contracting listeriosis; and

- those who are responsible for "maintaining" victims of listeriosis.

Class actions can bring rich corporations to their knees

Class action lawsuits may be useful in countries such as South Africa‚ where the majority of the population is poor.
News
4 years ago

The attorneys are seeking compensation for families or survivors who come forward and join the 70 affected people who form part of the class action so far.

The summary of the 10 applicants’ stories makes for grim reading. It is claimed that in all 10 cases the listeriosis was contracted from eating ready-to-eat processed meats "originating from‚ or having passed through" the Enterprise meat processing facility at Polokwane between October 23‚ 2016 and March 4‚ 2018".

A mother and SAPS emergency call centre operator based in Polokwane‚ Limpopo‚ who gave birth to a baby girl on December 22. The baby‚ having contracted listeriosis in the womb‚ from her mother‚ developed severe meningitis which has led to neurological complications‚ requiring two surgical interventions.

A bank official from Eldorado Park‚ Johannesburg‚ father of a three-year-old child who contracted listeriosis‚ along with several other children‚ while at Klipspruit child care centre after eating contaminated polony.

A Midrand woman who contracted listeriosis while pregnant. As a result‚ she suffered a miscarriage caused by bacterial inflammation of her placenta.

A former construction contractor who lives in Danielskruil‚ Northern Cape‚ whose father died in December 2017 as a result of listeriosis‚ contracting from eating Tiger Brands’ contaminated products.

A former business owner in Durban‚ who contracted listeriosis after eating contaminated products. While she survived the infection‚ her baby‚ born on November 9‚ 2017‚ was declared brain dead the next day. The mother agreed to turn off the life support machines that kept her child’s body functioning.

A Winburg‚ Free State‚ farmer who fell ill while pregnant‚ along with her three minor children. Her baby was stillborn as a result.

An industrial cleaner from Polokwane‚ Limpopo‚ who contracted listeriosis and survived. His illness was aggravated and almost overlooked as result of another chronic medical condition‚ which also affects his digestive system. He was hospitalised for several weeks to treat his listeriosis.

A gynaecologist. His wife was pregnant with twins when she contracted listeriosis‚ going into premature labour on December 21 - at 27 weeks. One child was stillborn‚ and the other daughter may have serious developmental issues‚ including the possibility of cognitive disability‚ deafness and/or blindness. The couple had struggled to conceive‚ succeeding with medical assistance after their fifth attempt. It is unlikely that the couple will conceive again.

Previously Glenn Frederick Strutt‚ Moritz lives in Cambridge‚ England‚ and is the adopted son of Aldeth Olive Strutt‚ a 73-year-old pensioner who lives in a Cape Town retirement village‚ Cape Town. Moritz changed his surname to that of his biological mother but remains responsible for the caregiving of his adoptive mother. Strutt had to be hospitalised in intensive care to treat her Listeria meningitis and sepsis. This infection has seen her health deteriorate significantly and has increased Moritz’s financial care obligations towards her.

An unemployed mother of four minor children‚ living in Giyani‚ Limpopo. She and her children contracted listeriosis after eating the contaminated products and had to be admitted to hospital. The two eldest children were treated for meningitis.

* The author‚ Wendy Knowler‚ is our consumer columnist. You can contact her via email: consumer@knowler.co.za Facebook:@wendyknowlerconsumer and Twitter: @wendyknowler

Lawyer Richard Spoor will lodge a class action lawsuit on Thursday against Tiger Brands and Enterprise Products on behalf of people who contracted ...
News
4 years ago

Tiger Brands has reason to worry after the Esidimeni arbitration award‚ as life might not be so cheap anymore‚ according to a leading lawyer.
News
4 years ago
Next Article