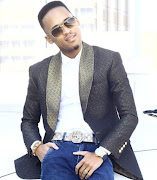 A son of former Kaizer Chiefs spokesman Louis Tshakoane has been arrested for allegedly running a pyramid scheme which swindled investors more than R20-million.

Louis Tshakoane Junior, who calls himself "a prophetic president, philanthropist and humanitarian at Undercover Billionaires International", appeared at the Johannesburg Specialised Commercial Crimes Court yesterday and, through his legal representative, requested for the matter to be postponed to next week Friday.

He remains in custody.

He was arrested last week and made his first court appearance on the same day.

She said Tshakoane Jnr, who was once featured on reality TV show Rich Kids, allegedly lured unsuspecting people to invest in his Undercover Billionaires International.

"This case was initiated by a complaint from one person. Other investors got wind of the complaint and also came forward. There are about 500 counts and the estimated amount is R22-million."

She said Undercover Billionaires has been running since 2016.

Last year, Andile Mayisela accused Tshakoane Jnr in one of the newspapers of luring him to invest R300000 in the scheme, saying he promised him 25% of investment returns.

On the company's website, Tshakoane refers to himself as the scheme's president and described it as the "world's most exclusive international business awards ceremony and professional network".

The website, which boasts pictures of private jets, luxury cars and diamonds, also claims the company has access to 50 000 aircraft and 130 different aircraft types.

"We provide aircraft charters to business professionals to maximise their time efficiency," reads the website.