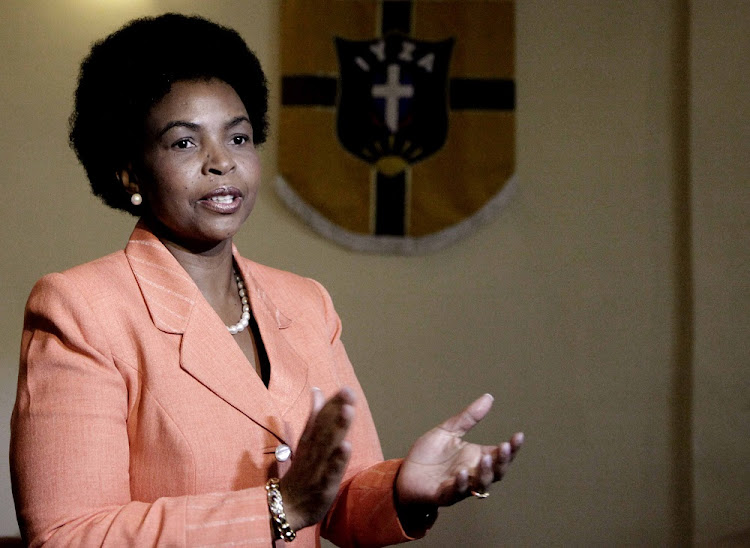 The government has spent more than R50-billion on land restitution claims since 1994.

A large portion of the money went to white farmers.

This was revealed by Rural Development and Land Reform Minister Maite Nkoana-Mashabane during a national dialogue on land at the Gordon Institute of Business Science in Johannesburg yesterday.

Nkoana-Mashabane was responding to a question from Advocate Tembeka Ngcukaitobi, author of The Land is Ours.

He said it was staggering the government has spent so much money on white farmers. "This simply shows that people who got the land in the past were continuing to benefit as if there is no democracy."

"It was based on the wrong interpretation of the constitution and also using a pre-1994 land restitution act," he said.

"We have to go back to the drawing board and say what is it that we want to do. That is why we are complaining about the R50-billion paid out to white farmers."

"Anarchy must not be allowed to flourish‚" ANC stalwart and current mineral resources minister Gwede Mantashe said on Tuesday‚ as he condemned ...
News
3 years ago

Nkoana-Mashabane also revealed for the first time that the government has identified land to be used for expropriation without compensation.

"If I tell you now you gonna have some spanners put on the wheel and make my life a little bit difficult," she said when asked for further details.

"I would have started a problem instead of a solution for myself and I refuse to do that. Let me act on the things we have to act on. But expropriation we will do because our constitution allows that."

The dialogue comes at the time there are divisions between blacks and whites about the motion tabled in parliament to expropriate land without compensation. The motion was brought by the EFF and supported by the ANC.

SACP central executive committee member Jeremy Cronin said there were cracks in the ANC about how expropriation of land without compensation should be handled.

"For a few months, the ANC has not communicated what it intends to do on land reform and expropriation of land without compensation."

Cronin said the ANC's resolution has created an impression that it was trying to catch up with the EFF. Motshekga agreed, saying the government was acting under "emergency" on the land issue.

"It is us, government, who made mistakes and to satisfy the people we rush and say we will expropriate without compensation," Motshekga said. "It means we are just afraid to say let's go to the drawing board and define a proper process to handle this matter in a way that would advance the interests of all South Africa, especially those who were dispossessed of their land."

Cronin lashed out at the EFF, saying its position on the land issue was rhetoric. "They can say whatever they like because they don't have a responsibility of government."

The EFF's stance is that all land should be expropriated without compensation.