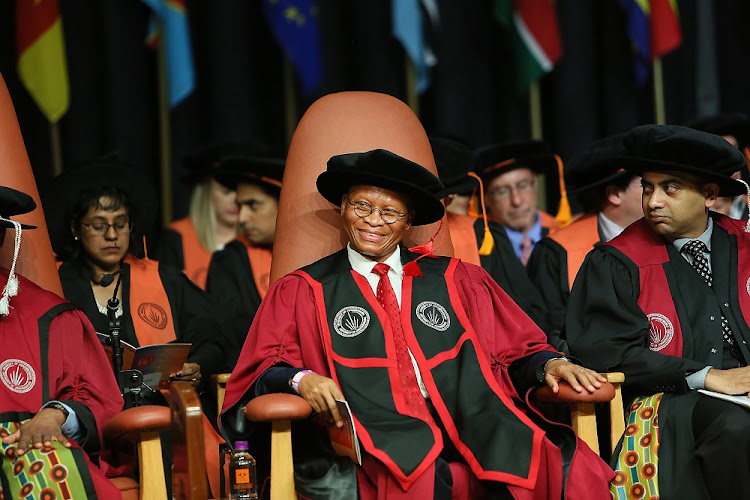 Chief Justice Mogoeng Mogoeng has challenged South Africans to work together to address the problems facing the country.

Mogoeng made these remarks at a ceremony where an honorary doctorate in law was conferred on him by the University of Johannesburg on Tuesday evening.

“What is it that you and I do on a daily basis in an attempt to unite the people of South Africa‚ black and white?. Are the views you express capable of dividing us more than we are already divided or do they contribute to uniting the people of South Africa‚ reconciling their differences so that we can become a truly united people?” Mogoeng asked.

He asked what South Africans‚ individually and collectively‚ had done to find solutions to the problems the country was facing.

'I don’t say anything that I can’t repeat, not even in the bedroom' - Mogoeng

“We know the problems. One of them is racism. What is it that you adopt as a stance towards addressing racism over and above whatever accusing you may be doing.

“The signs are there that black and white south Africans accuse each other more than they seek to find workable solutions to the problem that racism brings‚” Mogoeng said.

In requesting that UJ chancellor Prof Njabulo Ndebele confer the degree on Mogoeng‚ the university’s dean of the Faculty of Law‚ Prof Letlhokwa George Mpedi‚ said Mogoeng’s commitment to serving humankind by upholding the independence of the judiciary and by promoting access to justice in tangible ways had earned him wide-spread respect and admiration for serving humankind.

“Through his actions‚ Judge Mogoeng has been concretising each of the core University of Johannesburg values. An unquestionable ethical foundation is evident from his judgments in the Constitutional Court‚ delivered without fear or favour‚ as well as from his public addresses and publications.

“He has earned trust and credibility through judgments that were critical of executive decisions and conduct; of parliamentary rules and conventions; and of legislation that does not conform to the Constitution‚ resisting political pressure and maintaining judicial independence‚” Mpedi said.

Mpedi said Mogoeng’s commitment to judicial independence had a wider purpose of promoting access to justice by regenerating the judicial system.

“His quest for institutional legitimacy of the judiciary is rooted in the realisation that many South Africans felt alienated from the court system‚” Mpedi said.