Train vandalism: There's plenty of blame to go around 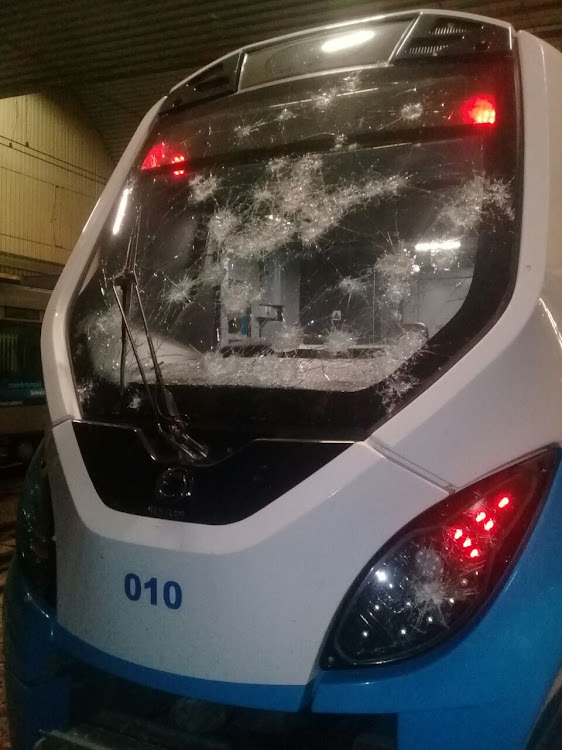 A female train driver was hit on the head with a brick, stripped and dragged to nearby bushes after a train was vandalised at the Eerste Fabrieke Station in Pretoria.
Image: Supplied/Prasa

Transport union‚ the United National Transport Union (Untu) agreed that the Passenger Rail Agency of South Africa (Prasa) is partly to blame for the “shocking” loss of 1 388 train coaches due to vandalism – but also believes blame should also be apportioned elsewhere.

Prasa lost these train coaches in the past three financial years‚ resulting in over R503-million in losses. This was revealed in response to parliamentary questions by the Democratic Alliance (DA). Metrorail lost 823 and Shosholoza Meyl 565 train coaches over the three-year period amid a 31% drop in security personnel.

Untu spokesperson Sonja Carstens said‚ however‚ that the DA should “blame all the culprits and not focus merely on one”.

“The majority of Untu’s members had to cope with three transport ministers in two years‚ three Prasa Boards in two years and three Prasa acting chief group executive officers‚ who each submitted a comprehensive ‘turnaround strategy’ to Parliament’s portfolio committee on transport [and who knew that none of these plans would ever be near implementation before a new chief in charge will be appointed.”

“Where has the crime intelligence division of the South African Police Service (SAPS) been in assisting Prasa with combating this crime? What does the SAPS says as to why their Rapid Rail Unit can report that there has only been one train surfing incident in the 2016/2017?”

Drivers and other Prasa employees regularly come under attack.

A female train driver was hit on the head with a brick‚ stripped and dragged to nearby bushes after a train was vandalised at the Eerste Fabrieke Station in Pretoria on March 13. Another 10 Prasa employees were also attacked during the incident.

A female train driver was hit on the head with a brick‚ stripped and dragged to nearby bushes after a train was vandalised.
News
4 years ago

Carstens said at the time that Prasa is sitting on a ticking time bomb because trains were being robbed or hijacked every week.

“Our members don’t carry their phones with them anymore‚ because they are constantly being robbed of their valuables. Phones‚ purses‚ you name it.”

Carstens said trains were hijacked by criminals or by commuters who became frustrated when trains ran late.

“In executing its oversight role‚ the RSR has developed the Safety and Security Regulation to specify to operators the minimum requirements that must be in place to ensure the safety of passengers and railway assets that affect safe railway operations.”

This regulation is currently undergoing a final review by transport minister Blade Nzimande.