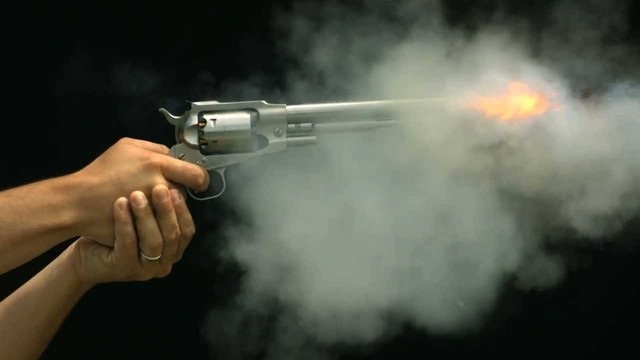 Coincidence and a hair-trigger saw an off-duty cop gun down three alleged hijackers in a dramatic exchange of fire in KwaMakhutha‚ south of Durban‚ on Monday.

It’s understood that an off-duty K9 Unit officer was travelling in Section 10 of the township when he found himself witness to a hijacking. Police spokeswoman Captain Nqobile Gwala said that a group of men hijacked a car and in their haste to make a getaway‚ collided with the policeman’s car before turning their attention to him.

“Two suspects believed to be in their thirties died at the scene‚” Gwala added.

Gwala said that preliminary investigations revealed that the gang had just committed a robbery at a local tuck-shop and taken an undisclosed amount of cash.

“An unlicensed firearm with five rounds of ammunition and a toy gun were recovered from the suspects. Cash that was taken during the robbery was also found. A few kilometres away from the first scene‚ another body of an unknown man was found with gunshot wounds. A toy gun was also found in his possession and we think that he was among the group of suspects that committed the robbery.”

She added that the same group of men had committed a brazen house robbery on Friday in which several people were injured.

How a Pretoria motorist sent hijackers running for their lives

“People should be prepared to not be the victim. If you’re the victim‚ they will pick up on that and you will be a victim.”
News
4 years ago

JMPD officer shot in the head during hijacking

A Johannesburg Metro Police Department (JMPD) officer is in hospital after being shot in the head by hijackers.
News
4 years ago