Maralwa to take UJ into future 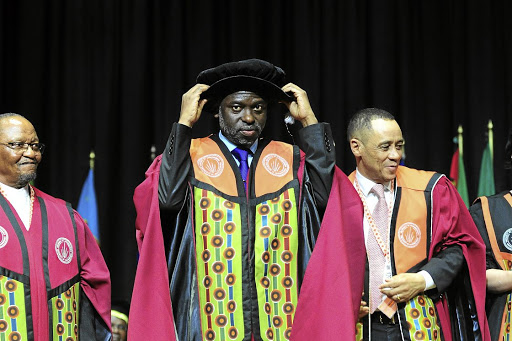 There was ululating and jubilation as Professor Tshilidzi Marwala was inaugurated as the new vice-chancellor and principal of the University of Johannesburg yesterday.

Marwala succeeded Professor Ihron Rensburg at the beginning of this year.

Marwala did not waste time in announcing that he planned to position the institution for the Fourth Industrial Revolution.

The new vice-chancellor of the University of Cape Town is Professor Mamokgethi Phakeng.
News
3 years ago

"Students have to be prepared for the automated world. Factories will have fewer people who will be powered by artificial intelligence technology and no one will be spared. The Fourth Industrial Revolution is going to integrate man and machines," Marwala said.

He made headlines when he developed a new artificial intelligence machine that could change the way diseases are treated. For this he received more than 45 awards, including the Order of Mapungubwe, the highest award given by the South African government for outstanding achievement.