CPF claims sex workers are urinating on their streets 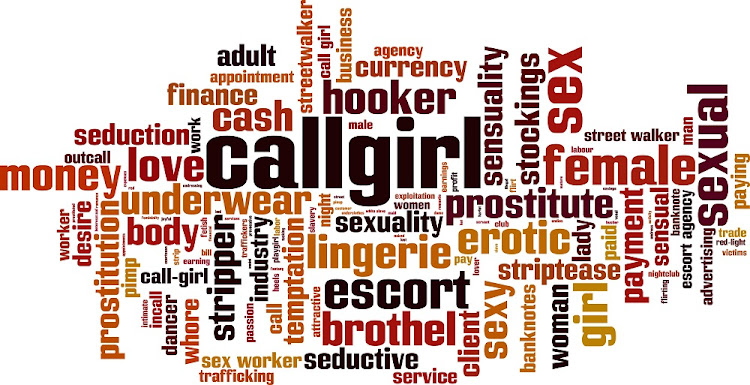 Sex workers in Primrose are soliciting work outside schools and homes‚ exposing their genitalia in public and leaving used condoms on pavements‚ says the Johannesburg East suburb's community policing forum.

This is the claim of the Primrose community policing forum (CPF) which was taken to the Pretoria High Court by sex workers who claim they are being assaulted by residents.

Sex Workers Education and Advocacy Taskforce‚ (Sweat) approached the court at the beginning of March and asked them for an urgent interdict to stop the community forum patrollers from intimidating sex workers with snakes and dogs or assaulting them.

Sweat claims Primrose residents are trying to drive them from the area.

In his order on Friday‚ Pretoria High Court judge Cassim Sardiwalla instructed Sweat and the CPF to meet meaningfully four times in the next 15 days and come to a resolution.

The Sex Worker Education and Advocacy Task Force (Sweat) on Tuesday approached the High Court in Pretoria to ask that the Primrose Community Police ...
News
4 years ago

A settlement agreement which was also signed states: “In the time they are meeting‚ the CPF agrees to not threaten to harm sex workers with animals‚ not to threaten sex workers or drive at them with a motor vehicle. It agrees not to verbally abuse or assault workers and agrees not to pepper spray them or beat them.”

However‚ the CPF denies assaulting sex workers or aiming cars at them while they stand on the pavement.

Primrose CPF coordinator Tracey Enslin’s affidavit states that: “The sex workers provide no medical evidence of
assault or any other proof. ... I respectfully submit that all these incidents are fabricated....”

Instead the CPF claims sex workers are harassing residents and disturbing children.

Enslin said: “We have a large number of schools in a one-kilometre radius from the residential streets in which the sex workers operate. There are three high schools‚ three primary schools and a number of pre-schools. The sex workers make indecent proposals to the learners when they walk to and from school. We have received numerous complaints from educators.”

Enslin said the judge also found that sex workers had failed to prove their case in which they claimed assaults and intimidation.

The community tried to solve problems without going to court‚ says Enslin but says Sweat cancelled all meetings and then filed court papers instead.

The CPF also last year attempted to encourage sex workers to leave the profession in what they named Project Tulip. The CPF offered skills development to enable local women to get alternate work.

One woman became an administrator for a company run by the mother of a CPF patroller. But no one else was interested and the project was abandoned. “We have a community garden. We asked them to get involved in that.

But they weren’t interested‚” Enslin said. “Ladies earn more money on our streets than if they had become domestic workers or admin clerks‚” she added

Enslin in her affidavit said that the CPF was working hard to stop clients from approaching sex workers.

But Sweat feels the CPF is breaking the law by trying to get rid of them when they have no legal basis.

Its court papers state: “The picture painted is disquieting‚ and shows the CPF and its members taking the law into their own hands in order to force sex workers out of the Primrose area.”

Sweat attorney Stacey Manoek said: “If we meet and are unable to reach an agreement that we are all happy with‚ in all likelihood we will go back to court.”

* In the original story published on Monday‚ March 27 2018‚ SowetanLIVE erroneously reported terms of a settlement agreement as the judge’s order.

SowetanLIVE apologises for the error.