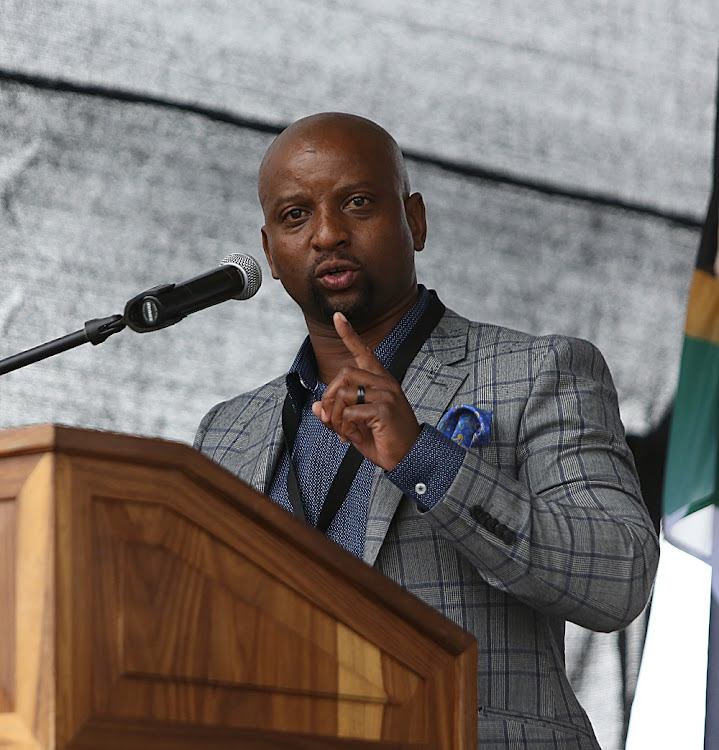 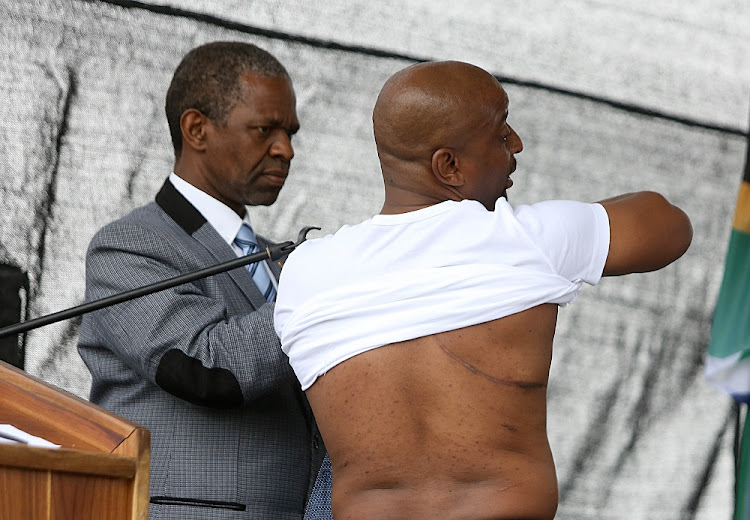 Zulu king Goodwill Zwelithini’s son‚ Prince Nhlanganiso Zulu‚ touched the heart of Health Minister Aaron Motsoaledi when he stripped naked and showed large scars on his body that were caused by TB during the commemoration of World TB day in Durban on Thursday.

Prince Nhlanganiso‚ who is a TB ambassador in KwaZulu-Natal‚ spent three months at Inkosi Albert Luthuli Central Hospital in Durban after being diagnosed with the disease in 2010. His weight went down to 27kg‚ his breathing was at just 15% and one of his lungs collapsed.

“I know TB. I spent three months at Albert Luthuli Hospital. I am appealing to people to check their status because your status is not only about HIV‚” he said.

He said the Zulu royal family was so stressed by his sickness that the queens prayed every day for his survival.

“I don’t know how I survived. I am appealing to you to take care of people with TB. It’s not an easy thing to take tablets for TB. There is nothing as painful as to die without all your body parts‚” he said.

Zulu King Goodwill Zwelithini plans to sue MiWay over a leaked conversation between hima and one of the company's sales reps.
News
3 years ago

Prince Nhlanganiso‚ who once played for Premier Soccer League team AmaZulu‚ warned people to take TB seriously as it did not care whether you come from a royal family. He said the disease had wiped out breadwinners in many families.

He then took off his shirt and showed scars on the back of his body which were caused by TB.

Motsoaledi described Prince Nhlanganiso’s message as “one of the most powerful messages today”. He also described the prince as one of the “soldiers” who would motivate him in the fight against TB.

The health minister also revealed that among all the country’s metros‚ Durban had the highest number of people with TB.

Deputy President David Mabuza‚ the chairperson of the South African AIDS Council‚ said he was also encouraged by Prince Nhlanganiso’s story and described him as “a living champion that TB is curable”.

King Zwelithini said that the fact that his son had come out publicly about being a TB survivor showed that the disease affected everyone irrespective of their status.

“TB is a serious challenge‚” said the king.

South Africa is one of the countries with the highest burden of TB‚ with the World Health Organisation (WHO) statistics citing an estimated incidence of 454‚000 cases of active TB in 2015.

The country is one of six nations that accounted for 60% of the world's new TB cases.

Goodwill Zwelithini is not afraid of talking to Julius Malema on the thorny issue of land expropriation without compensation.
News
3 years ago

Zulu monarch King Goodwill Zwelithini has called on all Zulus to donate R5 each for the fight against the proposed dissolution of the Ingonyama Trust.
News
3 years ago

Zulu King Goodwill Zwelithini will pray for rain during the Amarula ceremony at the eMachobeni royal palace in Ngwavuma, KZN.
News
3 years ago
Next Article