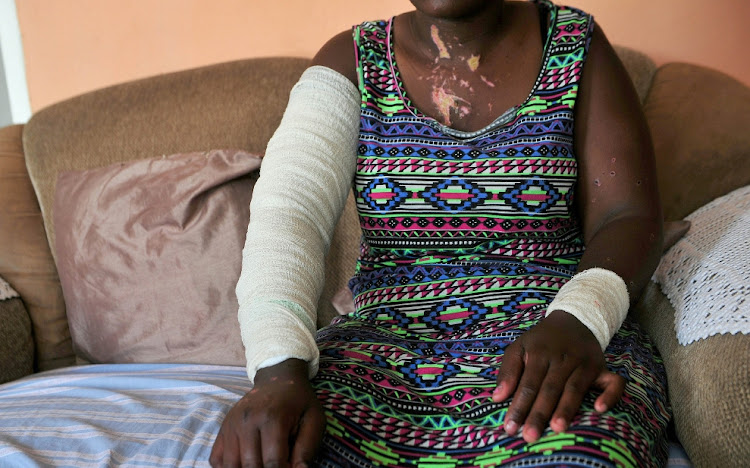 A 27-year-old woman is nursing burn wounds after she was splashed with acid at a party in Diepkloof, Soweto.
Image: VELI NHLAPO

Fiona Maseko, 43, the woman accused of dousing another woman with acid at a baby shower over a month ago appeared briefly at the Orlando magistrate's court today.

Her bail application was postponed to Friday (tomorrow) following a request from prosecutor Thomas Mathebula who asked for time to consult with the investigating officer.

"Miss Maseko, I apologise that I could not hear your application today. The prosecutor has something to clear up. He undertakes that he will get this cleared by tomorrow," Magistrate Anton Le Roux said.

Wearing khaki pants and a multi-coloured hoodie, Maseko sat quietly in the front row of the court's benches throughout the proceedings.

She however broke down and cried as she was led back to the holding cells.

Maseko stands accused of attempted murder for allegedly attacking a 27-year-old woman at a baby shower they had both attended in Diepkloof, Soweto, following an argument.

The woman, who did not want to be named because she was ashamed that her employers would find out what really happened to her, spent two days in hospital following the attack.

She was burnt on her arms chest, thighs, buttocks and back.