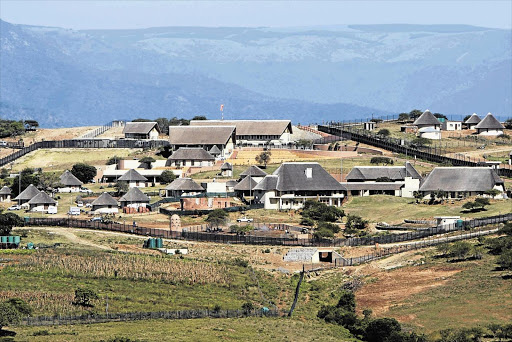 The allegation – the source of which wasn’t revealed – was that there were “only security personnel” at the premises‚ and that no one was taking charge of and caring for the animals.

Marcelle Meredith‚ executive director of NPSCA‚ said on Thursday that the organisation received a telephone call on February 14. After following up on the anonymous tip-off‚ they got back to the complainant and asked him to put it in writing.

The following day the written complaint was received‚ and inspectors – after getting a warrant to grant them access – an inspector went to the homestead on February 16 to inspect the animals. However‚ because it was a National Key Point‚ he wasn’t granted access.

The ANC will allow its members to go to court to support former president Jacob Zuma.
News
3 years ago

However‚ Meredith said‚ “within 6 hours” the Presidency got back to the organisation and access was granted.

The claims of neglect were found to be untrue – but that doesn’t meant Zuma was in the clear.

“There were welfare concerns noted at the time of the inspection and a warning was issued. The warning was subsequently complied with and the NSPCA will continue to monitor the animals at the homestead‚” the NSPCA said in a statement.

Meredith said that the organisation would not turn a blind eye to any complaints of animal abuse‚ irrespective of how powerful the person might be.

“We will go after whoever. It doesn’t matter who it is. “The NSPCA will always follow through and investigate when a complaint is received. It does not matter who the owner of the animals are or where in South Africa the animals are situated – we will continue to be the protectors of the voiceless no matter what challenges are thrown at us‚” she said.