Treasury has to find the Esidimeni money 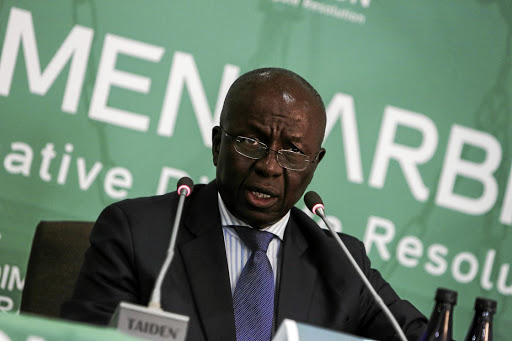 Gauteng provincial treasury has to find money to pay each of the 144 dead Life Esidimeni patients' families compensation of about R1.2-million.

The province had budgeted R28-million for compensation, but yesterday Makhura's spokesman Thabo Masebe said when finance MEC Barbara Creecy announced how much they had set aside for the families, that was informed by what government thought would be the order from Moseneke.

"We were always aware that Moseneke will issue the final order. Now we have the order from him so we will go back to treasury so that the budget can be adjusted," he said.

When asked where the treasury will get the money from because the health department that was responsible for the Life Esidimeni mess is
facing financial crisis, he said government gets its money from revenue and "I will not go through the details".

"The funds will never come from the health department but this is a matter of the premier and treasury," he said.

The reasons given by the officials for the decision to end the Life Esidimeni contract were not cogent‚ said Justice Dikgang Moseneke on Monday on ...
News
3 years ago
Next Article