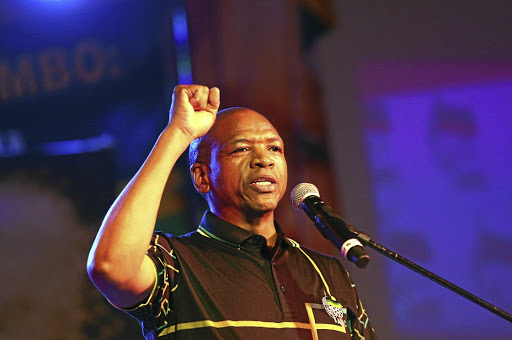 His own ANC in the province is conniving with the EFF to vote against him during the upcoming motion of no confidence in the legislature.

Provincial speaker Susanna Dantjie has approved April 17 as the date for the legislature debate on the motion which was tabled by the EFF.

"I have no confidence in the chairperson. So much has happened [under his leadership] and not just governance related, but also ANC related.

"Some of our members who were on the CR17 (President Cyril) campaign do not have deployment because we did not agree to support [his] preferred candidate. We deviated," PEC member Solly Malete said.

Malete told Sowetan that although they didn't have confidence in Mahumapelo, the PEC had yet to table the motion of no confidence in the chairman as an agenda because "emotions will be high" and may not be fully supported.

"As the PEC, we have not yet discussed how the motion should be approached."

Priscilla Williams, former regional secretary in the Ngaka Modiri Molema region, said Mahumapelo must be ousted as he has brought shame to the organisation.

"Those who are not in favour [of the motion] are the few that benefit from his fraudulent activities," Williams said.

She encouraged members of the PEC and the legislature to "take the bull by its horns" and remove Mahumapelo as premier. Williams added that achieving the ouster would not be a complete victory as Mahumapelo would still remain ANC chair in the province.

Two weeks ago, elite crime fighting unit the Hawks conducted a search-and-seizure operation at Mahumapelo's offices. The operation is part of investigations into allegations of maladministration and fraud and corruption by the provincial government.

Meanwhile, the planned meeting yesterday between Mahumapelo and a group of disgruntled ANC members calling themselves the Revolutionary Council has been postponed, the council confirmed.