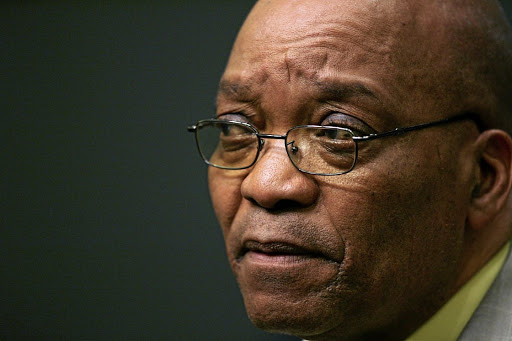 The ANC will allow its members to go to court to support former president Jacob Zuma when he appears in the KwaZulu-Natal High Court in Pietermaritzburg to answer corruption charges, but in their personal capacities.

On Friday, National Director of Public Prosecutions Shaun Abrahams announced that Zuma would be charged with 16 counts of corruption, fraud, money laundering and racketeering.

The ANC's latest stance means that the party will not mobilise its formal structures to support Zuma in court.

Shaun Abrahams announced on Friday that the NPA would be reinstating 16 charges against former president Jacob Zuma.
News
4 years ago

The move is a clear departure from the ANC's 2007 Polokwane conference resolution to support Zuma in his court battles.

Yesterday, ANC national spokesman Pule Mabe said: "The NEC of the ANC elected in 2017 at the 54th national conference does not have a formal position or conference resolution on attending to court proceedings of individual members, and that will
remain the preserve of individuals."

He urged ANC members to conduct themselves in a manner that protects and safeguards the good name of the ANC.

"The ANC continues to uphold and respect the rule of law," Mabe said.

"The ANC accords all of its members the right to use the legal instruments available at their disposal where they are implicated before any court of law."

The NEC, which will meet this weekend, was expected to discuss last week's National Prosecuting Authority's (NPA) decision to reinstate charges against Zuma.

Former president Jacob Zuma is adamant that he did nothing wrong‚ and argued that he had been targeted for prosecution.
News
4 years ago

Sharp divisions have since emerged in the ANC following the NPA's decision. His supporters are now accusing some senior ANC leaders who hate Zuma of being behind the NPA decision.

Tholi Gwala, ANC regional secretary from the Musa Dladla region in KwaZulu-
Natal, which is Zuma's home region, said some senior ANC leaders were behind the decision to reinstate charges against Zuma.

"There are people in the ANC who hate Zuma. We know them," Gwala said.

"We don't want to mention names. They will fail again."

Gwala said Zuma's supporters were organising themselves under the banner
"children of JZ".

"We are going to support him all the way. He is our father," Gwala said.

The ANC on Friday said it noted the NPA's decision to reinstate charges against former president Jacob Zuma.
News
4 years ago

One of Zuma's strong allies, UmKhonto weSizwe Military Veterans Association (MKMVA) president Kebby Maphatsoe, said they were going to camp outside court in support of Zuma.

"Even families support each other when one of their own goes to court.

"We must go and give courage to one of our comrades," Maphatsoe said.

He said Zuma was an MKMVA member.

"We rallied behind comrade Zuma for a very long time."

Zuma's son Edward would only say "wait for my personal statement soon, chief" when approached for comment yesterday.

NPA spokesman Luvuyo Mfaku said the Director of Public Prosecutions in KwaZulu-Natal, Moipone Noko, would engage Zuma's lawyers about a suitable date for his court appearance.