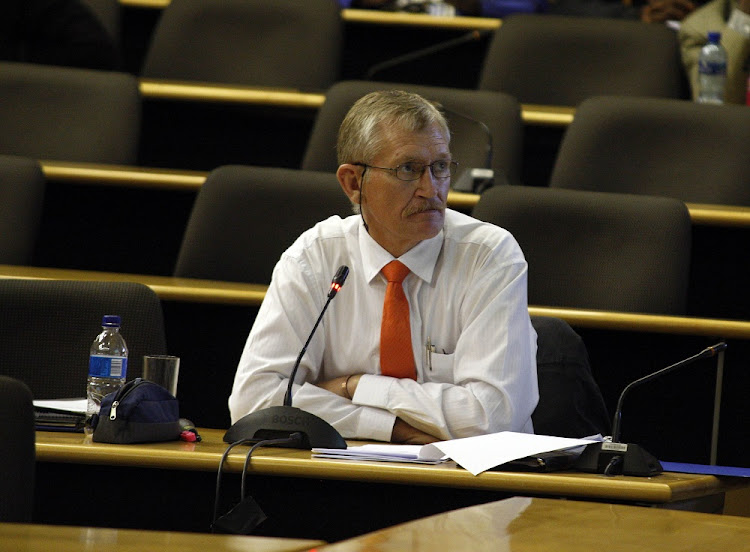 A top cop who spoke out about the police's handling of the Marikana massacre - and described it as defined by incompetence and cover-ups - now stands accused of deliberating lying to the Farlam inquiry.

The National Prosecuting Authority now accuses air-wing commander Lieutenant Colonel Salmon Vermaak of lying to the Farlam Commission by allegedly failing to disclose that "he gave instructions to junior officers to shoot at a group of striking miners who were fleeing and/or running towards the main koppie and/or [the] nearby informal settlement".

This is contained in one of the the indictments filed in court on Thursday in connection with the Marikana tragedy.

In other words‚ the state is accusing Vermaak of giving orders that fleeing miners be shot in the back. It further alleges that this resulted in the death of Pumzile Sokanyile‚ a 45-year-old father of five who was shot in the head. Upon hearing of his death‚ Sokanyile's mother collapsed and died on her way to hospital.

Vermaak had been openly critical of the conduct of former North West deputy police commissioner William Mpembe‚ who now faces four charges of murder and six charges of attempted murder for killings linked to the Marikana tragedy. He also stands accused of lying to the Marikana commission of inquiry.

The case against Mpembe‚ six other police officers and two security guards comes more than two years after the commission completed its work.

The four charges of murder and six of attempted murder against Mpembe relate to the killings in the days leading up to the Marikana massacre. It was in relation to these deaths that Vermaak gave explosive evidence‚ in which he effectively suggested that police incompetence had led to violence.

As yet‚ no one has been charged in connection with the massacre itself.

According to the indictment against Mpembe‚ the state believes he willfully lied to Judge Ian Farlam when he "denied and failed to disclose that he had given instructions to police officers to fire tear gas canisters and/or stun grenades on August 13 2012 at Wonderkop‚ Marikana‚ into a crowd of striking miners‚ which resulted in the deaths of Semi Jokanisi‚ Thembelakhe Mati‚ Hendrick Monene and Sello Lepaaku and injuries to Shitumo Solomon Baloyi‚ Zolile Honxo‚ Zwelitsha Mtshenwa‚ Muziwanele Mxinwa‚ Mzoxolo Zukulu and Sibonginisi Miya".

Mpembe denied that he gave orders that tear gas be fired.

Vermaak testified that‚ prior to the incident‚ protesters were walking peacefully‚ and police were not dressed in riot gear. Watching from the air‚ he said‚ “We were shocked to see tear gas and stun grenades.” It was then that the situation descended into violent chaos and the two officers were killed.

Mpemde‚ Vermaak testified‚ became hysterical and had to be removed‚ because angry cops blamed him for the deaths of their colleagues.

Mpembe also stands accused of violating the Commissions Act by falsely claiming that 34 people had lost their lives during the shootings at the Marikana koppies on August 16 2010 but failing to reveal that one of those killed - Modisaotsile van Wyk - had in fact died in a police truck or in a temporary detention centre after the shootings.