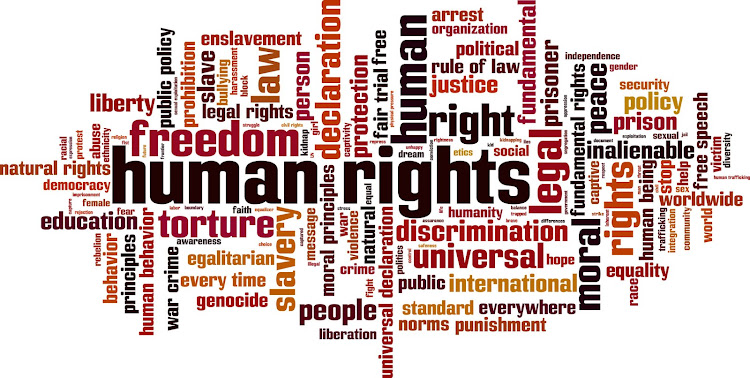 The provincial government must publicly account for the "continuing appalling state of many schools in the Eastern Cape"‚ the South African Human Rights Commission (SAHRC) said on Friday.

The commission said it is appalled at the death of 5-year-old Lumka Mkhethwa‚ who died earlier this week after falling into a pit latrine at Luna Primary school in Bizana‚ in the Eastern Cape.

"Only three years after the tragic and preventable death of 5-year-old Michael Komape‚ the failure of the State to prevent a re-occurrence and to eradicate the prevalence of pit latrines in schools is unacceptable‚" the commission said. It announced a provincial-wide investigation into Mkhethwa's death had begun.

The probe would also deal with the state of school infrastructure.

"The fact that the education sector still reflects the stark disparities of historic deprivation‚ with thousands of schools lacking the most basic infrastructure necessary to ensure the safety and dignity of learners is shocking and cannot be tolerated. The Provincial Department will be called to publicly account for state of infrastructure in schools across the province.

Litlle Lumka Mthethwa, 5, of Bizana died in the broken pit latrine of her school on Monday.
News
4 years ago

". . . We need to carefully scrutinise the adequacy of measures taken to realise fundamental rights. The Commission also notes with concern the fact that‚ despite an almost full expenditure of budget for school infrastructure‚ the Department of Basic Education has vastly underachieved on targets set for the construction and maintenance of infrastructure norms and standards.

". . . The Commission . . . strongly urges the Department to take immediate steps to address the continued undignified state of many schools across South Africa."

Coincidentally a team from the National Council of Provinces was touring schools in the Eastern Cape this week.

On Thursday‚ the delegation highlighted apparent service delivery failures‚ saying they were “not pleased” with what they were seeing.

“. . . Some projects are still in the same unpleasant state they were in‚ in 2016‚ during Taking Parliament to the People programme in the Buffalo City Metropolitan Municipality‚” said Lungelwa Zwane‚ from the NCOP delegation.

The delegation was tasked with checking progress made on service delivery challenges that were identified at schools in the area. After receiving a full briefing from the Eastern Cape Department of Education on what has been done‚ the delegation visited the schools.

Zwane said they were “left disappointed as they noted contradictory responses between what is reported and the reality on the ground".

On Friday‚ the NCOP delegation said they left with mixed feelings following a visit to a number of schools in the Alfred Nzo District Municipality. Some of the NCOP recommendations from 2016 were implemented or are being attended to with clear timelines for implementation‚ while in other instances there was no movement‚ the team said.

The Pan African Congress has called on Minister of Basic Education Angie Motshega to close down all pit toilets in schools with immediate effect.

This comes after five year-old Viwe Jali of Bizana in the Eastern Cape died in the broken pit latriine of her school on Monday.

Her death mirrored that of a four year-old Michael Komape who also fell in pit latrine in Limpopo in 2014.

“If the minister is really remorseful and sorry ,then she must terminate and shut down the “shithole” pit toilets while they immediately erect proper toilets which will dignify the plight of the African child”, said PAC spokesman Kenneth Mokgatlhe.

Makgathle said the PAC felt strongly that schools are supposed to be safe places.

"The government must take this seriously and with caution to take the initiative to fix the bad and hazardous conditions in schools," he said."No learner deserves to spend their days of learning in life threatening conditions. Learners are future leaders and should be treated with dignity."

Lumka Mkhethwa from the Luna Primary School in Bizana‚ in the Eastern Cape‚ fell into a pit latrine and died on Tuesday.
News
4 years ago

The Limpopo department of education planned to spend at least R50000 per toilet seat.
News
4 years ago

Michael Komape was five years old when he drowned in a pit toilet at Mahlodumela Primary School in Chebeng Village.
News
4 years ago
Next Article