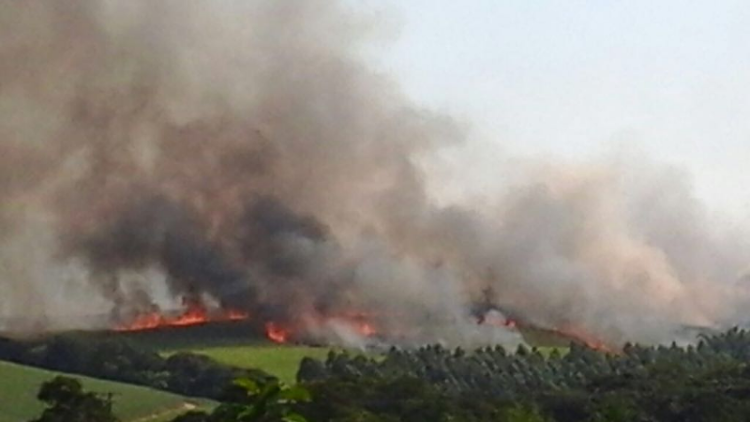 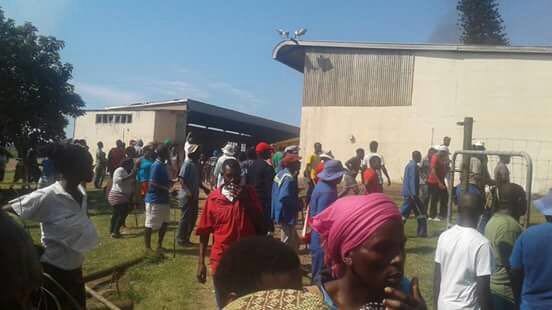 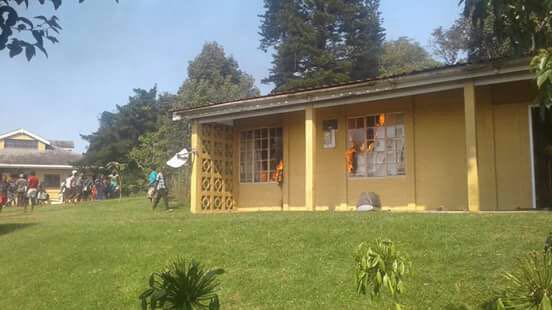 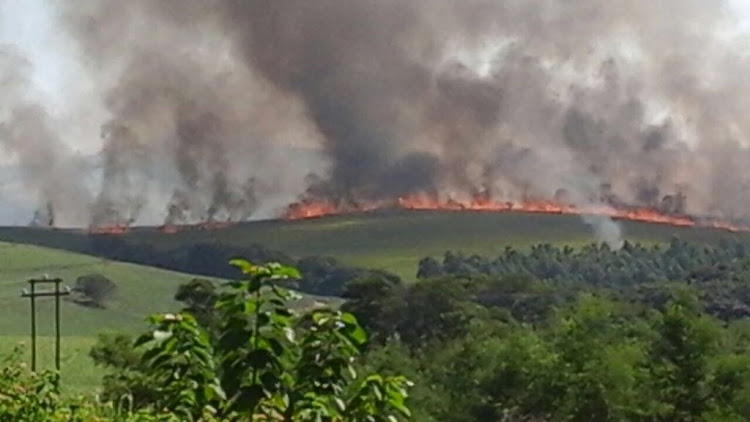 KwaZulu-Natal police are struggling to contain a violent protest which has engulfed the farming district of eShowe. The protest is a backlash after a man who was fishing on a farm dam was shot and killed on Tuesday‚ allegedly by security guards.

Police spokesperson Captain Mbongeni Mdlalose said that the 30-year-old man had been on the property of a farmer at the time of the incident. "There is an allegation that the man was fishing in a dam on one of the farms in the area when he was confronted by officials from a security company who patrol the area. There was a shooting and the man was killed‚” he said.

He said that following the death‚ the local community had rallied and blocked the P230 and the R66 roads in an apparent act of retribution. “They had blocked the road completely and we had to call in our members from the public order policing unit. We managed to disperse them and they left the area‚” Mdlalose said.

“The story got out that a farmer had shot the man so they went to a farm outside eShowe and torched a sugarcane plantation and a farm house. Even now the farm house is burning‚” he said.

Initial reports suggested that a boy had been killed.

Mdlalose added that one security guard had been detained by police and was expected to appear in the eShowe Magistrate’s court on Friday.

Residents torched swathes of sugarcane plantations on Wednesday, March 15 2018, after a man was shot by security guards while he was fishing on a farm dam. The residents believe that this was on ...

Casac has launched a legal challenge to the public protector's report on the Vrede dairy farm.
News
3 years ago

Atul Gupta 'got the cream' of Vrede dairy project

The NPA says it has bank statements that prove that Atul Gupta benefitted from the proceeds of crime in relation to the Vrede dairy farm project.
News
3 years ago

Police are investigating whether the discovery of a body in a secluded KwaZulu-Natal Midlands farm district could be linked to missing Durban woman ...
News
3 years ago

The family of a deceased Krugersdorp poultry farm worker want his killer to be harshly punished.
News
3 years ago
Next Article