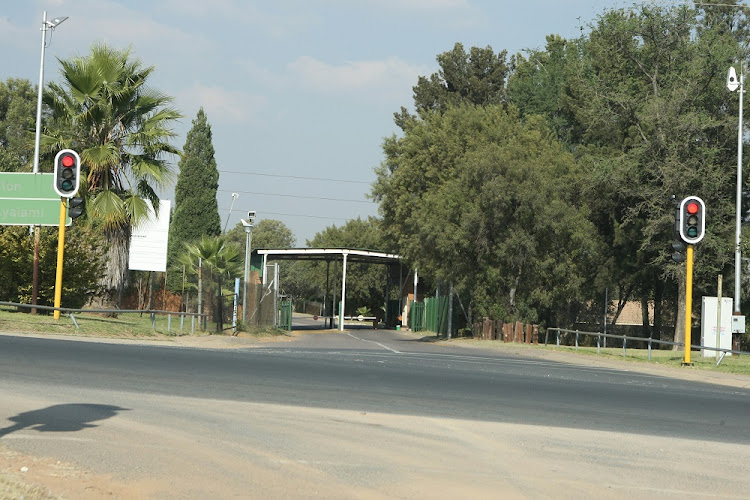 FILE PHOTO Inside Leeuwkop prison after a riot broke out between rival gangs.
Image: MABUTI KALI

Speaking from his cell in Leeuwkop prison‚ a prisoner has described in detail the deadly battle that broke out between rival gangs vying for control of the facility’s lucrative drug trade.

The inmate‚ himself a survivor of two recent gang attacks‚ said on Tuesday night that the fight began shortly after lock up.

“We heard arguing. I wasn’t quite sure what was happening. It went quiet and then the screams began.

“We could see from our cell to Cell 9. There was blood coming under the door. The guys inside were screaming and swearing. Like crazy. There were more screams as the mates of the prisoner‚ whose throat was cut out‚ attacked the killer.”

He said specialised warders from the province were deployed to the prison.

“When the body was dragged out along with the injured prisoner all you saw was blood. The guy’s head was almost off.”

Specialised tactical officers have been called into Leeuwkop prison after a gang related riot.
News
3 years ago

According to the prison union and the department of correctional services‚ there was one confirmed death and one injury.

The prisoner said the fight was over the drug trade and its control within the prison.

“There are big fights going on in prisons in Gauteng and elsewhere. Its all about the drugs‚ and who controls the business.

“The guy who was killed is a bigshot. His gangsters will want blood. They will want to get those that did this. It’s big money which these gangs make‚ both here in the prison and outside‚ and if there is a threat to their money they will kill those who try to take them on.”

The publication has learnt that earlier this month a warder and another prisoner were seriously injured in the current drug control war.

The killing has raised fears of the riots spreading to other prisons in the country where some warders have gone on strike.

Police and Prison Civil Rights Union spokesman Richard Mamabolo confirmed on Tuesday that one prisoner had died after his throat was slit with a bottle‚ and another prisoner was seriously injured.

“The riots were over drugs and highlight the growing dangers in the country’s horribly over-populated prison.”

He said: “Warders across the Eastern Cape have gone on strike because of dangerous conditions inside. There are some prisons which are totally unmanageable. The working conditions are deadly‚ but‚ as usual‚ the department [of correctional services] doesn’t act until there are casualties‚ like tonight.

“If the Department doesn’t get this situation sorted out quickly there is going to be a lot more bloodshed.”

Correctional Services spokesman Singabakho Nxumalo confirmed that one prisoner had died after he suffered serious stabbed wounds to his neck.

“Such conduct by offenders is unacceptable. This incident has been reported to the SAPS and an investigation is currently underway.

“The department will also launch its own internal investigation which shall determine if this was gang-related or not. We will take firm action against those implicated.”

He said additional officials had been deployed to monitor the situation.

“The problem is the not knowing. Our husbands say it’s too dangerous to talk. We just have to wait and pray.”