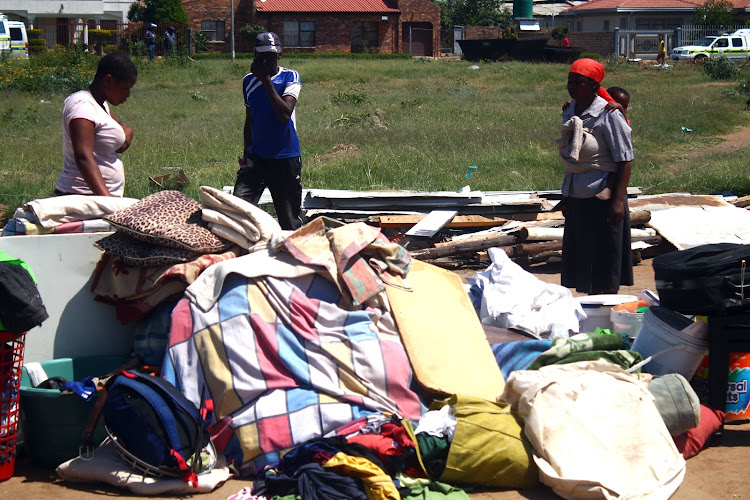 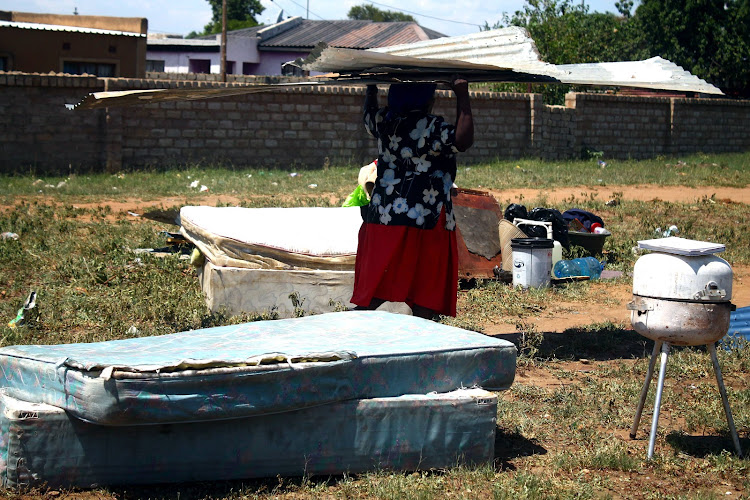 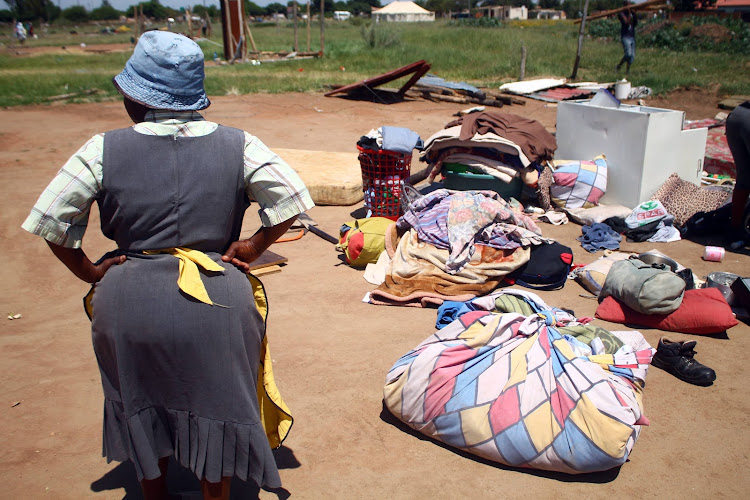 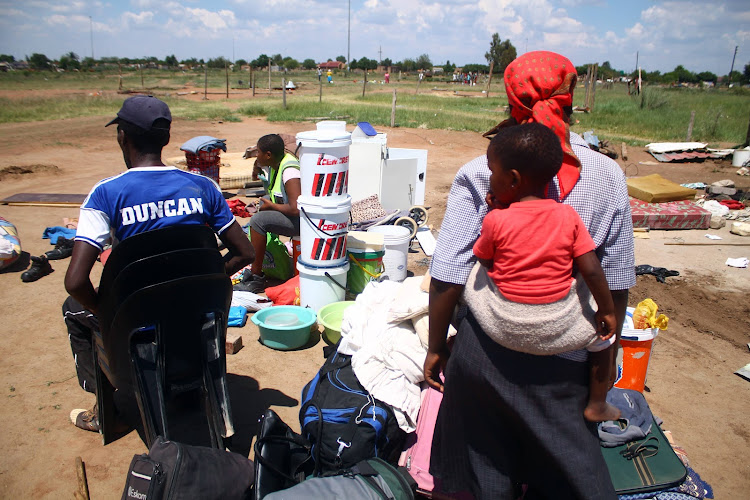 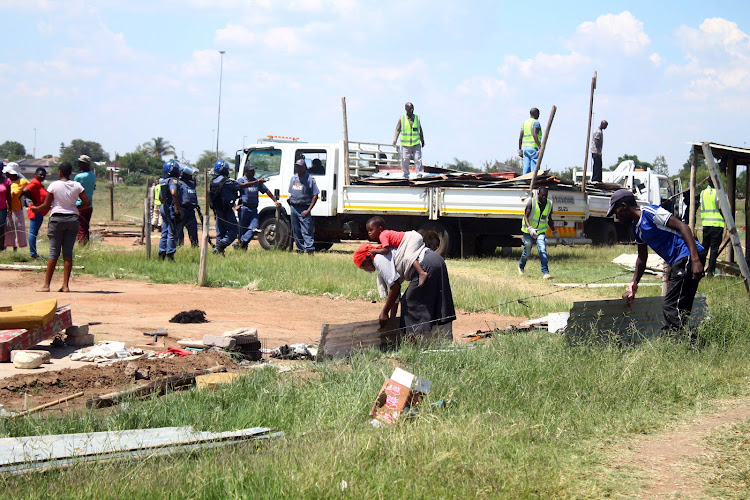 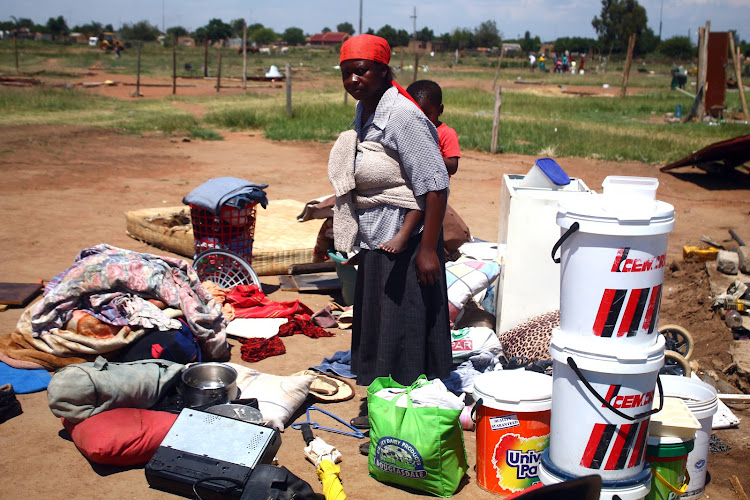 A mother of three was among scores of Temba residents in Pretoria who were evicted from a piece of land they had illegally occupied since June last year.

An emotional Johana Mokoena, 32, told Sowetan that she did not know where her three children would be spending the night after their shack was demolished.

Their eviction followed a successful court interdict by the City of Tshwane to evict and demolish their shacks in Temba extension 5.

“My youngest child, Andiswa, is 9-months-old, Bokamoso is 2-years-old and the Lerato is the eldest and she is 7-years-old. I don’t know where we’re going to sleep tonight because our metal sheets and poles were taken away,” Mokoena said.

While carrying Andiswa on her back and holding Bokamoso’s hand, the mother of three said she moved to the area in December after being told that residents were “invited” to invade the area.

“I lived in Kanana with my family. There were seven of us sleeping in one room and I decided to move here after being invited by a community member to come and erect a shack because this land is free and available,” she said.

Mina Mashala, a community leader said she was left incensed by the municipality’s decision to evict them without serving notices.

“Right now all our children are at school. They’re going to come back and find their homes demolished,” Mashala said.

The 48-year-old said they decided to occupy the land because it hasn’t been used for over 20 years.