Voter registration off to a positive start: IEC 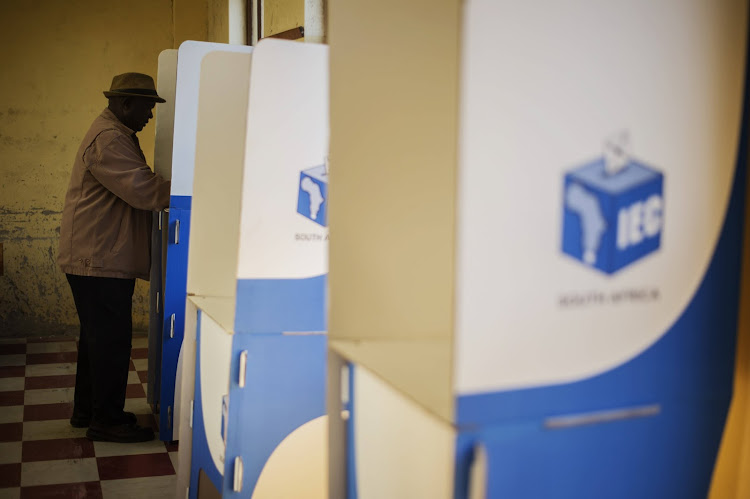 Apart from a few isolated incidents‚ which included protests at some voting stations‚ the voter registration and address update campaign got off to a positive start on Saturday morning‚ the Electoral Commission (IEC) says.

It said that almost all voting stations around the country were reported open and operational from 8am as the campaign got under way.

Over 73‚000 election officials were reported in place in some 22‚600 voting stations to register new voters and to allow already registered voters to check and update their address details in preparation for the upcoming national and provincial elections next year‚ it said.

“Eligible and registered voters were reported to be making their way to their voting stations in response to the call to update the voters’ roll.

“The Electoral Commission would like to express its appreciation to political leaders and parties‚ the media and other stakeholders who have raised awareness of the registration weekend and the importance of a reliable‚ accurate and up-to-date voters’ roll for free and fair elections‚” the IEC said in a statement.

However‚ it added: “Sadly‚ in a handful of isolated areas a small number of voting stations around the country were unable to open on time or were forced to close shortly after opening due to a range of incidents.

“The most common of these was due to community protests which used the high profile of the voter registration activities to draw attention to their grievances and in some instances blockaded staff and voters from reaching the voting stations or conducting registrations.”

Senior women in the ANC have debated whether women should boycott next year’s general elections‚ the SABC reported.
News
4 years ago

Some of the affected areas‚ it said‚ included:

- Katlehong in Gauteng where seven voting stations in ward 55 were impacted by on-going community protests over the installation of pre-paid electricity meters;

- Nthabankulu in the Eastern Cape where community residents stopped the activities in voting stations until the mayor and councillor arrived to address their grievances;

- Parts of Wonderkop in the North West province where residents were engaged in service delivery protests;

- In Tongaat in EThekwini in KwaZulu-Natal where community protesters threatened landlords of venues used by the Electoral Commission forcing staff to set up gazebos to continue their work;

- In QwaQwa and Harrismith in the Free State where protesting residents demolished tents erected as temporary voting stations‚ including burning one tent;

Former ANC president Jacob Zuma will “campaign” for his party in his home province of KwaZulu-Natal.
News
4 years ago

- Denoon in the Western Cape where protesting residents forced the evacuation of election staff by police for their own safety;

- One tent was burnt down in Harrismith and another stolen in Kroonstad in the Free State; and

- The Vhembe district in the Collins Chabane municipality around the Vuwani area there is an on-going municipal demarcation dispute that has affected voter registration operations.

“Provincial election staff is working closely with community leaders and security forces in all these areas to ensure voting stations open as soon as possible to allow citizens to enjoy their Constitutional right to register as voters.

“Other incidents reported during today’s deployment included two accidents involving election personnel on their way to open voting stations. In both incidents the staff members were hospitalised‚ one with minor injuries and one with more serious injuries.”

The Electoral Commission urged all registered voters to use the opportunity of the opening of voting stations or the online facility to check their address details – and for all unregistered eligible voters to visit their voting station.

Voting stations are open from 8am to 5pm on Saturday and Sunday.