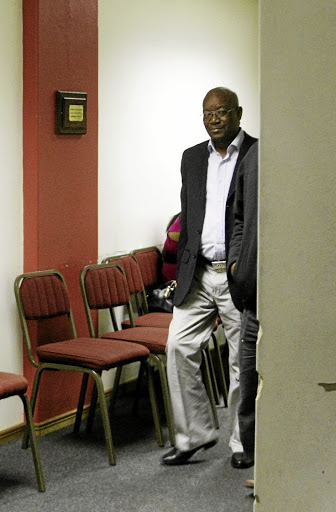 Controversial former Land Bank CEO Philemon Mohlahlane and two others who were found guilty after they defrauded the bank of around R6-million will be sentenced on Thursday.

Mohlahlane and his co-accused‚ former ANC MP Ruben Mohlaloga who is the current ICASA council chair‚ and attorney Dinga Rammy Nkhwashu were found guilty by the Pretoria Specialised Commercial Crimes Court on charges of money laundering and fraud in January.

The three men were arrested by the Hawks in October 2012 after it emerged that R6-million paid into a trust account operated by Nkhwashu’s firm in respect of a BEE agriculture project had been siphoned off to Mohlahlane and Mohlaloga.

In a statement issued on Wednesday‚ the National Prosecuting Authority said it commended the prosecutor‚ Advocate Dries Janse van Rensburg‚ and the investigative team for securing the conviction.

“Their sterling work further resulted in the successful seizure of the Schuinshoek farm as well as one of the BMW vehicles that was still in possession of one of Mohlaloga by the Asset Forfeiture Unit (AFU)‚” the statement read.

The court found that all three men had “formed a common purpose to defraud the Agri-BEE Fund and/or the Land Bank”.

Amending constitution can't cover fact that ruling party has failed to use powers it already has to seize land.
Opinion
4 years ago

The court also found that Mohlahlane instructed the manager of the fund to pay R6-million to the trust account.

He then presented to the fund manager that it was an urgent ministerial instruction for a ministerial project. No procedures were consequently followed. There was no proper application‚ no due diligence was done on the project and the matter was never served before the National Advisory Panel for approval.

The Agri-BEE manual explicitly excludes parliamentarians and civil servants to benefit from the fund.

According to the NPA‚ the money was then transferred out of the trust account in a large number of “complicated” transactions.

“Their intention was to get access to money destined to assist previously disadvantaged farmers‚ women and youth in Agriculture to acquire land and to establish farming enterprises‚” the prosecutor Van Rensburg said.

“Our courts should show no mercy to those who lack empathy for the disadvantaged."

JUSTICE MALALA: Deeds‚ not words‚ matter amid the land hysteria

South Africa has over the past week been in the grip of hysteria over “The Land Question”.
News
4 years ago

So‚ what will you do with you piece of land?

We probably lost all the chill when we lost the land.
Entertainment
4 years ago
Next Article