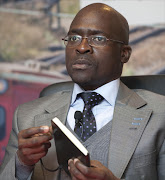 Gigaba and the minister of international relations Lindiwe Sisulu did not attend the plenary where the Peace and Security cluster of ministers were expected to respond to questions in the National Assembly.

A letter signed by the chief of staff of the ministry of home affairs, explaining the reason for Gigaba’s absence was read out by Speaker Baleka Mbete.

“I hereby tender an apology on behalf of minister of home affairs Malusi Gigaba who will be unable to attend plenary today, 7th March 2018. He is not feeling well.

Minister couldn’t sign the letter because he had to rush to the doctor,” the letter said.

The DA’s John Steenhuisen asked that the veracity of the letter be investigated; adding that he believed there was another reason for the minister’s absence.

“I believe that that letter has been written because the minister has got himself into a dreadful mess over deliberate misleading statements he’s made relating to the Guptas,” he said.

Steenhuisen then asked that the question he had put forward be put on hold till the next time Gigaba is expected to appear.

"Given the circumstances and unique fact that it wasn’t shared with chief whips this morning and that we prepared on that basis, we ask that in fact this question does stand over until the next question day where the minister can be held accountable."