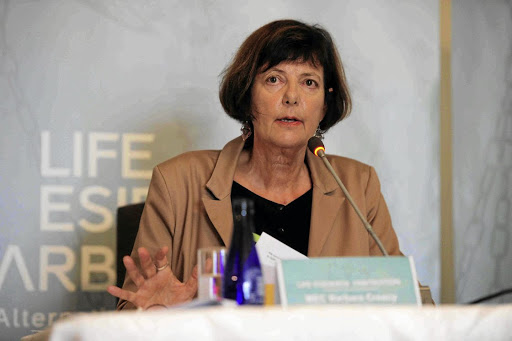 The Gauteng government has set aside R28-million for settlement claims to be paid to the families of the Life Esidimeni victims.

This was revealed by finance MEC Barbara Creecy at the tabling of the provincial budget at the legislature yesterday.

Former deputy chief justice Dikgang Moseneke is expected to release a report on the arbitration hearings into the deaths of over 140 mental patients.

The report will shed more light on how much the affected families will be compensated for.

Yesterday, Creecy said that agreements on individual compensation had been reached with affected families. This related to general damages including funeral costs.

However, Creecy said she could not allocate money for possible compensation in constitutional damage claims amounting to R1.5-million per family. Government and the families had not reached an agreement on this claim, which is now in Moseneke's hands.

The R28-million would only settle the R200000 general damages claim per family.

Creecy said they would be guided by Moseneke's findings and recommendations.

"Essentially, we're awaiting Justice Moseneke's final report, so what I'm funding is what we know of at the moment. He may make other findings, obviously we'll be guided at that point in time," she said.

Christine Nxumalo, who lost her sister Virginia Machpelah in the tragedy, said: "Nothing has been finalised, and only Moseneke can give us a specific amount for compensation, I don't know where this R28-million would fit."

Mark Heywood of public interest law group Section27, which represents about 60 families, said the R28-million would only cover "psychological injury" settlement claims that the families have agreed to.

"However, the amount to be compensated might at the end be higher than R28-million, I hope they have made arrangements for that possibility."