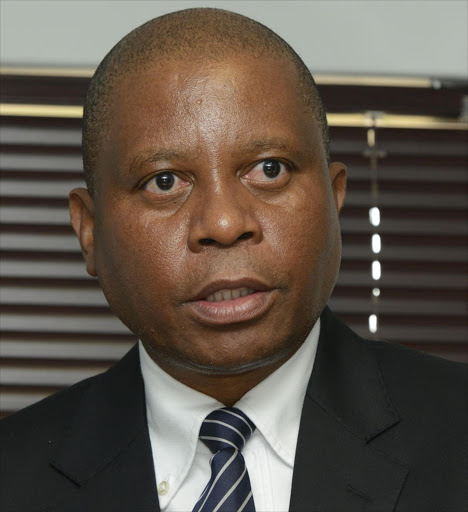 Johannesburg Mayor Herman Mashaba on Tuesday announced the provisional findings of an investigation into housing developments.

Two people died after homes in large parts of the city were destroyed during severe storms.

Some of the initial findings point the finger at poor approval processes for construction permits. Officials also intend to approach banks linked to the investigation.

Today‚ I held a meeting with the City’s Group Risk and Advisory Services (GRAS) department to discuss the City’s progress in assessing the damage caused by a violent storm on 30 December 2017‚ which destroyed a number of properties in the southern and western parts of Johannesburg.

Following the storm‚ I had committed to launch a full investigation which would establish whether the construction of the worst affected homes was up to the appropriate standard.

As part of the investigation‚ GRAS is charged with:

• Establishing the identities of contractors involved in the construction of some of these buildings;

• The City’s role in issuing certificates of occupation which affirm the safety of these buildings; and

• The role of financial institutions‚ such as lenders and banks‚ who fund the construction of some of these buildings. The purpose of today’s meeting was to inspect the progress made by GRAS in terms of finalising the investigation. This is after I granted GRAS an extension for the submission of the investigation’s final report late last week.

The purpose of the extension was to ensure that those affected by the investigation’s findings were given a proper opportunity to respond to the matters raised therein. In the interests of promoting fairness‚ I agreed to this reasonable request. Given this‚ a final report is yet to be tabled with my office. Indeed‚ independent structural engineers and quantity surveyors overseeing aspects of the investigation are due to submit their final report by the 14th of March 2018. Despite this‚ today’s meeting with GRAS gave me the opportunity to receive provisional feedback on the some of the audit findings they have uncovered during the investigation‚ in particular‚ in relation to some of the City’s own systems.

Though the investigation is not yet complete‚ I would like to take the residents of this City into my confidence‚ and share some of these provisional findings:

In terms of Section 10 of the Housing Consumers Protection Measures Act‚ any person in the business of home building is required by law to register with the NHBRC. Failure to do so is an offence which‚ upon conviction‚ is punishable with a fine of up to R25 000 or a one-year prison term on each charge.

During its investigation‚ GRAS found that among the two developers responsible for housing construction in the affected areas‚ one was not registered with the regulatory body. The possible implications of this is not only the alleged non-compliance with Section 10 of the Housing Consumers Protection Measures Act but the alleged questionable building standards used at some of the affected properties. The City is now in the process of addressing the matter with the NHBRC who carries the duty of ensuring that these developers registered.

GRAS noted that there was no proper filing system at the Building Development Management resulting in challenges to produce records timeously.

During the review of BDM’s approval of building plans‚ GRAS found instances where incomplete application forms were accepted and captured into the City’s system.

The Housing Consumer Protection Measures Act of 1998 makes provision for the inspection of properties whilst in construction‚ so as to ensure proper quality control.

When perusing files in relation to the violent storm in‚ it was noted that there were no reports or photos in the files as proof that inspectors had visited the site or conducted the following inspections‚ prior to the commencement of the construction and during its construction process:

Instances where some of the files had no record of the date on which the application for the approval of the plan was submitted.

GRAS found that a date for the planned approval on an occupancy certificate differed with the approval date by the Chief Plan Examiner in their respective files.

During the investigation of the sample files presented for audit‚ GRAS found instances where the approved plans had two different dates.

No certificates of occupancy in Lufhereng property files

With respect to files for properties identified by GRAS for the area of Lufhereng‚ all the identified houses had no certificate of occupancy in their files.

GRAS noted that the dates at which inspectors have issued the certificates of occupancy differ with official stamps on the documents‚ making it difficult to establish the correct date at which the certificates of occupancy were issued. Though the findings provided to me today are only provisional and in no way complete‚ they paint a worrying image on the state of affairs within City departments charged with effective record keeping and quality control.

To this end‚ GRAS has already instructed the City’s Building Development Management and the Housing Department to put in place measures to immediately rectify deficiencies which were identified during the investigation.

In addition to this‚ I have also been notified of GRAS’s intention to approach banks linked to the investigation following the independent structural engineers submitting their final report on the affected properties.

As we near the conclusion of this investigation‚ I would like to thank the residents of those affected communities for their support and continued patience in this matter.

I would like to assure residents that we take this matter seriously and will do all that is within our power to ensure that there is appropriate consequence management for those implicated by the final report.

Building SA from paper to reality