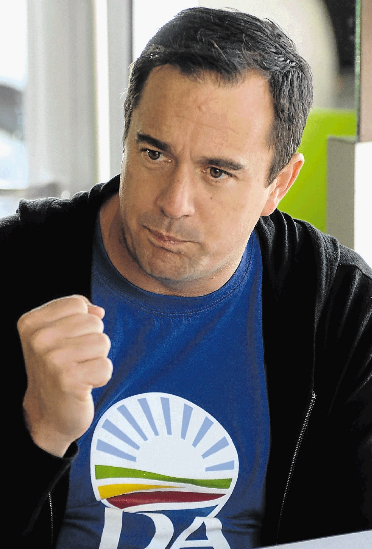 The Democratic Alliance has officially opened nominations for its upcoming elective conference.

And the chairperson of its federal executive‚ James Selfe‚ has received a boost after he was publicly endorsed by the leader of KwaZulu-Natal‚ Zwakele Mngcwango.

KZN is one of the influential provinces in the party.

Mngcwango's support for Selfe is a boost because there has been talk that parliamentary chief whip John Steenhuisen was also considering contesting for the same position.

Steenhuisen has confirmed the talk but said he would only run if Selfe was not contesting for the position.

Speaking to the publication on Monday‚ Mngcwango sang Selfe's praises saying the party could not afford to lose him ahead of the all important 2019 national elections.

"Maybe in the next congress after 2019‚ we can then think about someone [to replace Selfe]‚" said Mngcwango.

He said a new person taking over may want to "re-invent the wheel" and cost the party.

"It won't be a wise move to change him now ...we don't want to go backwards. I am not saying James is perfect‚" said Mngcwango.

He said Selfe was the right person to take the DA to the 2019 elections.

Mngcwango said is support for Selfe should not be seen as a campaign against any party member‚ including Steenhuisen.

Party leader‚ Mmusi Maimane is not expected to be contested at the upcoming conference but party chairperson Athol Trollip faces a stiff challenge.

Tshwane mayor Solly Msimang has already said he was approached to contest Trollip.

The Democratic Alliance is to lay a complaint‚ with supporting evidence‚ to B-BBEE Commissioner Zodwa Ntuli in Pretoria on possible fraudulent BEE ...
News
3 years ago

Beginning of the end for the DA-EFF relationship?

Marriage of convenience between EFF and DA seems to be on the verge of collapse.
News
3 years ago

Blue protest ahead of KZN Premier's state of province address