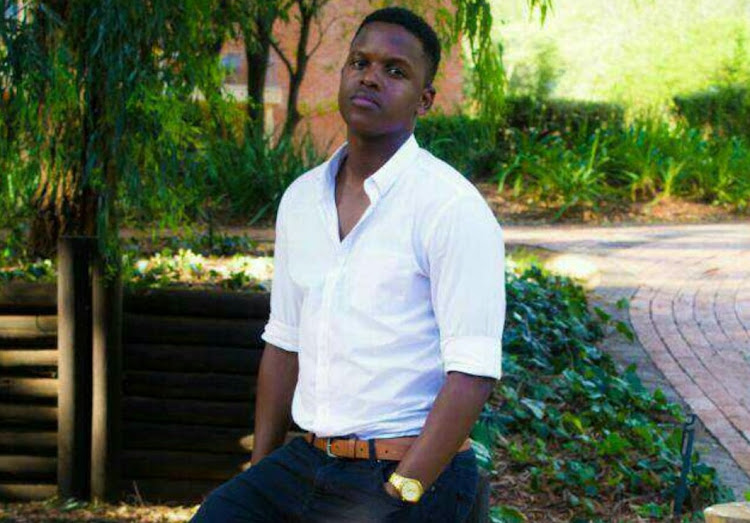 Fellow students are planning to mobilise against the ongoing warfare between the meter-taxi and app-based taxi services in the name of their 21-year-old colleague and Taxify driver Siyabonga Ngcobo.

Tributes and messages of condolences following Ngcobo’s death in Pretoria late last week are being shared under the hashtag #JusticeForSiyabonga‚ a campaign that was started by his aunt‚ Nobuhle Mbonambi.

Family members are sharing their heartbreak as they try to come to terms with his murder‚ which came less than two years after they had celebrated his recovery from a serious medical condition.

Ngcobo was a fourth year student at Tshwane University of Technology (TUT) and had established an events management business. He only recently became a Taxify driver. His body was found in the boot of a burnt Chevrolet Aveo near Unisa’s Sunnyside campus on Thursday night. Police are investigating.

Taxify has identified the driver whose charred body was found in the boot of a car in Pretoria on Thursday night.
News
4 years ago

Sthembiso Kashanda‚ TUT's Student Representative Council vice-president‚ said the student community was mobilising a march to demand justice for Ngcobo - as well as other slain Taxify and Uber drivers.

“It can’t be business as usual. He was one of us and we will fight for him and many who died in this business. We can’t declare when exactly as yet but sometime this week we will embark on a demonstration for awareness on the deaths of Taxify and Uber drivers in the country.

“We will call on the ban of meter-taxi drivers from operating until a peace accord has been reached‚” said Kashanda.

Kashanda said he was engaging with the department of transport‚ police and other stakeholders who might help get to the bottom of the problem.

Ngcobo's aunt‚ Nobuhle‚ said that the family is not coping with his gruesome death.

“He was just a small boy‚ who had nothing to do with the industry’s war. It’s horrible what they did‚ trying to prove a point‚” Nobuhle said.

According to her knowledge‚ Ngcobo was collecting a client around Sunnyside when a group of meter-taxi drivers approached him. They asked him to step out and get into the boot.

“That’s when they drove off with him to where they burned him alive.”

In a social media post‚ Nobuhle posted a video of her and Ngcobo singing along to "congratulations" by American rapper Post Malone and Quavo. She captioned it: “You had dreams. Bigger dreams than I could take in. Everything was finally coming together.”

You had dreams. Bigger dreams than I could take in. Everything was finally coming together.#JusticeForSiyabonga pic.twitter.com/H269wFaRHu

Mlungisi Mbonambi wrote a heartfelt message about the love and memories they shared together.

“Hardly two years (ago)‚ you were in a coma fighting for your life‚ I remember praying so hard asking God to bring you back to us - which he did and I was so grateful - not even aware you will be burnt to death in your Taxify (car) by meter taxi people. You were just 21 years old‚ supposed to be graduating from TUT this year...the respect and the love you showed me will never be forgotten. I love you (in) this lifetime and the next. My puzzle is nomo complete without you... success-driven you were...I’m sure most of you have seen the news about this Taxify and meter taxi fight in Pretoria. They burnt my nephew to death...”

His classmate and friend‚ Nicholas Makomene‚ said Ngcobo was excited about his new driver’s job.

“We shared roundabout everything. He was so excited when he started his job at Taxify. He was also one of the most humble people I ever met‚ he had charisma‚ and he was free-spirited.” Makomene said.

My heart is so broken because he drove me on the 26th of feb and we had a conversation about his life,the things he said to me that night when i found myself quoting the bible scriptures even😢😢😭he told me about driving so he can pay for his studies...im so hurt😭😭 pic.twitter.com/PazhWL5t1j

We r told we have 2 wait a min of 2 wks to 2 mnts before your body can be released by forensic and we can lay u to rest.We did DNA's Saturday but an article was released on Friday saying they identified u simple because I gave the police your ID.#Nginomsindo#JusticeForSiyabonga pic.twitter.com/49lf82uMi1