Land in SA was taken through ‘genocide’ and will be returned: Malema 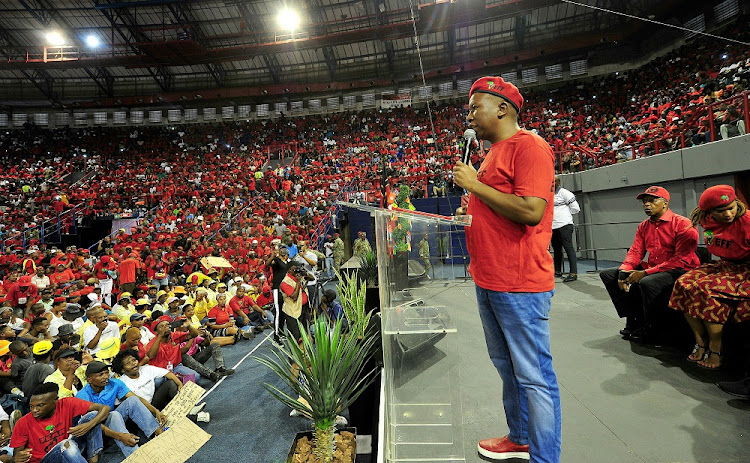 The launch of the EFF's election registration campaign at the Standard Bank arena in Johannesburg.
Image: VELI NHLAPO

Land in South Africa was taken through “genocide” and will be returned.

That is what EFF leader Julius Malema told party supporters on Sunday in the Standard Bank Arena in Johannesburg.

The expropriation of land without compensation was one of the topics Malema spoke about at the launch of the EFF’s election registration campaign on Sunday.

He referred to those threatening to retaliate with civil war to defend their land as “non-thinkers”.

“Now is the time of the thinkers. Let us talk about how do we take into the hands of the people through dialogue‚ through robust debate‚ without any threats of civil war.”

Malema wants to remove Athol Trollip as the mayor of the Nelson Mandela Bay Metro on April 6 because he is white.

Malema said the party does not care about “white feelings”.

“Trollip deserves nothing from us. We don’t hate white people‚ we just love black people.”

EFF leader Julius Malema wants to remove Athol Trollip as the mayor of the Nelson Mandela Bay Metro on April 6 because he is white.
News
4 years ago

President Cyril Ramaphosa announced in his maiden state of the nation address on February 16 that government would speed up its land redistribution programme.

“We are folding our arms. We have never been friends‚” Malema said.