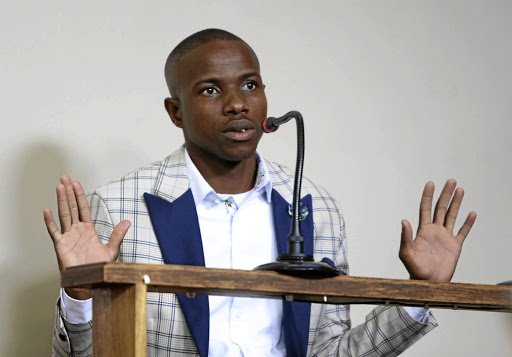 Limpopo's "Prophet of Doom" Lethebo Rabalago, 25, who sprayed insecticide on his congregants during sermons, was yesterday sentenced to four years imprisonment or a fine of R36000.

Magistrate Frans Mahodi sentenced him to one year in jail or a fine of R6000 for contravening the Stock and Agricultural Remedies Act 36 of 1947. Mahodi further sentenced Rabalago to three years in jail or a R30000 fine for assault with intent to do grievous bodily harm.

Mahodi, however, suspended half of the assault fine,
ordering Rabalago to pay R15000 instead. Rabalago's lawyer Edmond Lubusi welcomed the sentence, and indicated that his client will immediately start to pay the fine.

"We have made an arrangement that my client will pay R3000 in instalments every month until the fine is fully paid," he said.

Rabalago appeared relieved after the sentencing and invited the media to his church. "You should come to my church to see how we do things."

The embattled pastor, however, refused to comment on his sentence. Rabalago's congregants from the Zion General Assembly, who had gathered outside the Mookgophong Magistrate's Court, welcomed the sentence.

The state had argued that the controversial prophet be fined R60000.

Maruma also wanted the court to declare Rabalago unfit to posses a firearm because of the manner in which he sprayed his congregants.

However, Mahodi said the court couldn't find elements of violence in Rabalago and that he can't be declared unfit to posses a firearm.