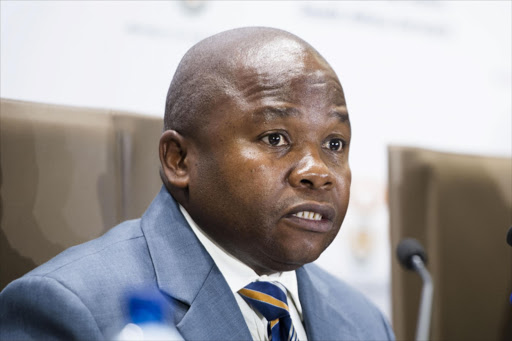 In a statement by the presidency on Monday evening‚ presidency spokesman Tyron Seale said Ramaphosa had‚ in compliance with the Executive Ethics Code‚ submitted a copy of Public Protector Advocate Busisiwe Mkhwebane’s report to the speaker of the National Assembly‚ Baleka Mbete.

Mkhwebane found Van Rooyen had “wilfully and intentionally” lied to Parliament about visiting the Guptas’ Saxonwold compound. Mkhwebane’s report came with a 14-day deadline for Ramaphosa to act. The deadline is on March 1.

“The President indicated to the Speaker that he will be engaging with Minister Van Rooyen on the content of the Public Protector’s report and will revert to the National Assembly within the directed time frame on the action he has taken‚” said the statement‚ which was issued prior to Van Rooyen’s complete removal from the Cabinet.

The Public Protector says Des van Rooyen lied to parliament when he denied visiting the Gupta’s compound in Saxonwold.
News
4 years ago

But his axing does not mean he will get off without sanction. Van Rooyen is still likely to face the music for the breaches Mkhwebane found him guilty of as he remains a member of parliament and‚ as such‚ could face disciplinary action from the National Assembly structures and‚ possibly‚ internal ANC structures.

The DA’s Kevin Mileham said: “Minister Van Rooyen has lost all credibility as a public official…and must not be allowed to get off scot free.”

In October 2016‚ the DA lodged a complaint with the Public Protector relating to Van Rooyen’s utterances.

Mileham said taking action against Van Rooyen ahead of Mkhwebane’s deadline was vital if Ramaphosa was “truly serious about rooting out corruption”.

“The DA will also exhaust all possible avenues to ensure Minister Van Rooyen is investigated and face possible prosecution for all allegations of state capture in CoGTA‚” he said.