Row between Parliament and religious watchdog over Ngcobo attack 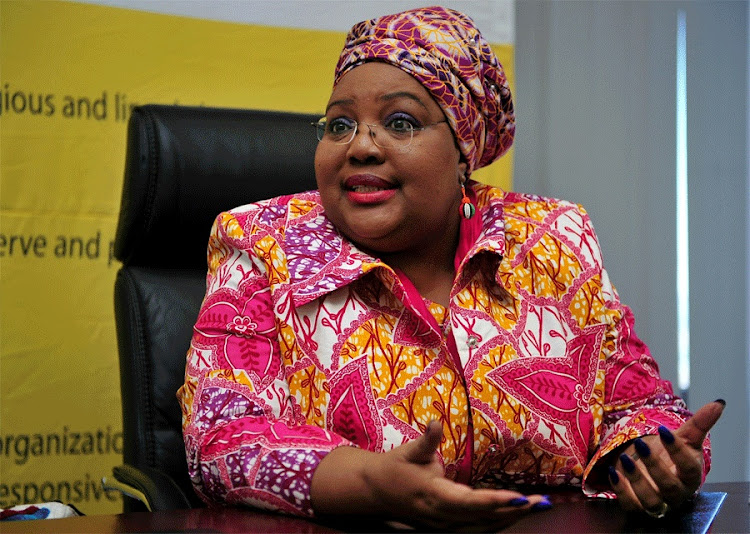 Thoko Mkhwanazi-Xaluva Thoko Mkhwanazi- Xaluva is the chairwoman of the Commission for the Promotion and Protection of the Rights of Cultural, Religious and Linguistic Communities (CLR).
Image: VELI NHLAPO/Sowetan

A row is brewing between parliament and the country's religious watchdog after suggestions that MPs are to blame for the deadly attack on the Ngcobo police station in the Eastern Cape.

Parliament said it was “disturbed” by comments made by the chairperson of the Commission for the Promotion and Protection of the Rights of Cultural‚ Religious and Linguistic Communities (CRL).

“What happened in Ngcobo police station is a pure criminal matter which is being dealt with by the law enforcement agencies‚” Parliament said in a statement.

“Parliament views as unfortunate the comments attributed to the (CRL) Ms Thoko Mkhwanazi-Xaluva‚ who said Parliament must be held to account for failing to prevent the tragedy that included the massacre of security officials at Ngcobo police station in the Eastern Cape by criminals allegedly coming for a cult church in the area.”

Followers of Mancoba Angel Ministry Church said they had no idea that their leaders were involved in any criminality.
News
4 years ago

Five police officials and an off-duty soldier were killed during an attack last Wednesday in the small town in the Eastern Cape.

The gang who allegedly attacked the police officers were found at Seven Angels Ministries church‚ which they used as a base for their deadly crime spree.

The church was the scene of a bloody shootout on Friday night when the alleged murderers refused to surrender to police who surrounded the sprawling complex of zinc shacks and brick buildings.

Parliament said Mkhwanazi-Xaluva’s comments demonstrate a poor understanding of the constitutional mandate of Parliament and its relations with the Chapter 9 institutions that only make recommendations to Parliament.

“The Cooperative Governance and Traditional Affairs Portfolio Committee had convened a meeting with all religious‚ cultural and linguistic sectors who were unanimous with the committee on the constitutional provisions of freedom of religion and that the state cannot prescribe when it comes to people's beliefs and religious convictions‚” parliament said.

A bloody exchange of gunfire in a churchyard on Friday evening left seven suspected Engcobo cop-killers dead.
News
4 years ago

“The views attributed to the Chairperson of the CRL Commission are disturbing‚ and Parliament will at an appropriate time engage her in this regard.”

Speaking to Radio 702‚ Mkhwanazi-Xaluva said the CRL commission had warned parliament about the church during its investigation two years ago.

“We did say that people will die‚” she said.

Mkhwanazi-Xaluva said the commission would take parliament to the Constitutional Court if it fails to implement legislation that governs religious bodies.